ORLANDO, Fla. (WOFL FOX 35) - The Orange County Sheriff's Office is investigating an incident in which a 13-year-old girl is accused of poisoning members of her family.
Investigators said the girl confessed to putting roach and rodent poison, as well as dog feces, in food eaten by her adoptive mother. The incident report also said she placed hand soap in her drinking water.
The Orange County Sheriff’s Office is investigating whether other family members have been affected and are looking into claims that the alleged incidents began sometime in early 2009 and continued through April of 2010.
The adoptive mother told investigators that recent toxicology tests have shown traces of arsenic in her blood, and for the past year, she has seen her health deteriorate. At this point, she has refused to press charges against the girl. We are not naming the girl or the family because of her age.
Neighbors said the family provided love and a home for the girl, whom they adopted from Mexico years back, and even sent her to a private school.
"I was shocked," said an acquaintance of the family, who told FOX 35 that she had received an e-mail from the family asking neighbors to keep them in their prayers.
The Florida Department of Children and Family Services reported that mental health services were provided months ago, when the family needed assistance.
Orange County detectives said these are acts of domestic violence and the investigation will continue before charges are sent to the State Attorney's Office. In the meantime, the incident report states that the girl is staying at a health care facility, because she has been categorized as a threat to her family and society.
http://www.myfoxorlando.com/dpp/news/orange_news/100810adopted-girl-accused-of-poisoning-family

the poison is normal, just another kid poisoning her family members thing but THE DOG FECES! WHAT An ANGRATEFUL LITTLE PIECE OF SHiT

p4irs said:
the poison is normal, just another kid poisoning her family members thing but THE DOG FECES! WHAT An ANGRATEFUL LITTLE PIECE OF SHiT

The mother refusing to press charges got me. It's her right to forgive that child, but her other children were also injured so that makes her plain DUMB. 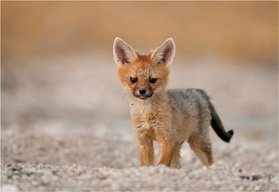 I remember a movie where a woman adopts a girl and she keeps trying to kill her so that they can die together. Can anyone help me out with the name? This is gunna bug the crap out of me...

I wonder what the adoptive mother did to deserve being poisoned, the girl could just be suffering from the drama of being a Real Tween of Orange County.

Super Moderator
Wow this family took ur abandoned ass in and this is how you repay them?.

Arsnic is a slow painfull death too!. Kill her now!.

Oh hell no.....bring her in, clothed her, fed her, sent her to a private school....ungrateful little bitch.....feed it to her daily a little at a time...let her suffer the same..... 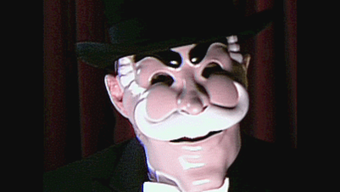 Exciting time we live in

killers and evil people are geting younger and younger nowa days
You must log in or register to reply here.