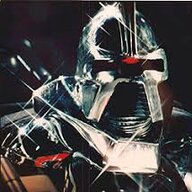 Misgender someone in New York, plus other new laws. I copied and paste for you 
Well, New York has done it again. What again you might ask?


Imposing some more legislation that lends itself to the ascribed lunacy that is going on over up in the northeastern state. Apparently in New York, the politicians know what is best for you (insert sarcasm).


We’ll take a dive into the latest legislative madness and also take a stroll down what’s happened over the years and what they’re also planning to do in the ban-happy state.


The New York City Council overwhelmingly passed legislation on Wednesday that will ban the sale of foie gras in the city, one of the country’s largest markets, beginning in 2022.


If you’re not familiar with the dish, it’s a bit of a pricey luxury amid French themed restaurants which is essentially an engorged duck liver which can sell for roughly $125 per serving. While it may not be everyone’s taste, it’s certainly quite popular in New York’s fine dining scene.


The move to ban came from Carlina Rivera, a Manhattan councilwoman who sponsored the foie gras legislation. When referring to her bill, she said it: “tackles the most inhumane process” when citing its existence in the commercial food industry.

“This is one of the most violent practices and it’s done for a purely luxury product.”​
Click to expand...

This observation from the councilwoman came from reports that the ducks are force-fed fatty corn-based foods for a period of 20 days in order to have a larger than normal liver.


However, foie gras farmers have mentioned that the process is far from cruel and that any claims of the process being dubbed as “torture” are exaggerated. The farmers collectively agree there’s a bias against the dish stemming from the envy of it being a luxury product on the market.


Still, this ban will have some severe financial impacts on the farming industry as well as restaurants in the area that serve the dish.


Marco Moreira, the executive chef and owner of Tocqueville, which is an acclaimed French restaurant near Union Square, which offers an appetizer of foie gras from the Hudson Valley had the following to say about the recent legislation:

“New York is the mecca of dining in the world. How is it possible that New York doesn’t have foie gras? What’s next? No more veal? No more mushrooms?”​
Click to expand...

New York also has more plans in store for banning consumables and consumer goods to. While a recent ban on flavored electronic cigarettes was placed on hold by an appellate court earlier this month, New York is not done yet fighting the fight against vaping and is also on the verge of banning menthol cigarettes.


Whether you’re a smoker or not, everyone knows the risks these days when deciding to light up a cigarette, much like people know the risks of over consuming alcohol. Still, people enjoy having that freedom of choice.


State Senator Brad Hoylman had the following to say about the initiative to ban menthol cigarettes:

“New York City is considering that. I think it’s time for New York State to step up and do it once and for all.”​
Click to expand...

While New York has scheduled a ban on duck liver and is attempting to outlaw Newports and other menthol flavored smokes, they’ve already blazed a trail of things you cannot say either when in their SJW state. Apparently threatening to call ICE on someone who may be illegally present in the United States is illegal, which can incur a fine of up to $250,000. What’s next, threatening to call the cops on a burglar gets you in jail?


Oh, and if you call someone an “illegal alien” then prepare to dole out another $250,000 because that’s illegal due to it being mean to people. Seriously, that’s why the law was passed.


Of course, if you’re Sarah Jeong for the New York Times, you can say online:

“Oh man it’s kind of sick how much joy I get out of being cruel to old white men.”​
Click to expand...

Also, don’t forget Sarah’s famous hashtag “#CancelWhitePeople”, in which she managed to keep her job at the NYT despite all that.


Also, don’t forget that if you “misgender” someone in the state that you can snag another $250,000 fine. I’m starting to see a trend here of a quarter-million dollars at a time, must be the magic number for them in New York.


It’s starting to become exhausting trying to keep track of what New York is passing as laws these days. Although it would be interesting to hold a Las Vegas styled pool to bet on what the next phrase or act will be outlawed (my money is on outlawing the phrase “Thank God” since it might offend atheists).

The city lead by a mayor who has all but encouraged attacks on law enforcement officers is taking things one step further – they’re continuing with a new trend to attack words.


Here’s the deal. The City Council is in the middle of considering new legislation that would give a guarantee of more “humane” living accommodations for inmates. That, of course, includes calling them by their preferred pronouns – not by how God created them.


Now the Department of Correction has restructured their rules for identifying inmates to make it more “prisoner-friendly”.


An order was sent to agency commanding officers by DOC Chief of Department Hazel Jennings.


According to the note, “all department employees” are now “prohibited to refer to persons in … custody using terms such as i.e. packages, bodies, etc.”


She says those words are “unprofessional, demeaning and from this point prohibited.”


So what are they to be called?


They can only be referred to as “individuals” or “persons” in all radio transmissions, phone conversations and when speaking to others while on duty.


We spoke with a corrections officer in New York, who asked to remain nameless because he wasn’t authorized to weigh in on the controversy.

“This is just one more example of how our city puts those who break the law above those who enforce it,” she said. “It starts from the top down. The mayor, now that he’s dropped out of the presidential race because everyone hates him, is going to lead our city into a downward spiral to see how far left he can take us.”​
Click to expand...

So what happens if you need to make a call on the radio? One DOC member commented to local media outlets:

“Now if you say on the radio you have five persons, does that mean inmates, visitors, construction workers, counselors, etc. It is confusing.”​
Click to expand...

Elias Husamudeen is the president of the Correction Officers’ Benevolent Association. She told the New York Post that the order “is redundant because correction officers already address inmates by their names.”

“What’s concerning to us is this apparent emphasis from the City Council on increasing congeniality, rather than addressing the jail violence, which even the administration reports has risen significantly over the past year,” she said.​
Click to expand...

The order is part of a proposed “bill of rights” for local prisoners. It was written by Manhattan Councilman Keith Powers and introduced in October.


That’s not all that goes into this proposed law. In addition to being called by preferred names, inmates would also get nicer prison cells, 24-hour “call buttons” to summon guards, kitchenettes and windows with sunny views, along with lots of ceramic and fabric.


The DOC Deputy Commissioner Peter Thorne is all in. He put out a statement saying Jennings’ “notification reinforces existing policy and advances our goal of creating a culture of mutual respect.”

“It is part of our ongoing commitment to remaking our jails into national models for modern correctional practice,” Thorne added.​
Click to expand...

Damn it, forgot to link other thread connected to the same nut State : NYC secretly exports homeless to Hawaii and other states without telling receiving pols

fuck new york. deblazio and cuomo ruined that place. with their taxes and rhetoric. people are moving out of that state in droves,never looking back again. its too bad,because its a pretty state and i like nyc. 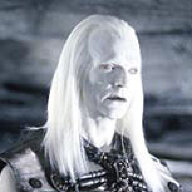 New York is overpopulated. Maybe the politicians are making up these bullshit rules so people will leave. The United States is no longer the land of freedom. It's sad.

blackjack said:
New York is overpopulated. Maybe the politicians are making up these bullshit rules so people will leave. The United States is no longer the land of freedom. It's sad.
Click to expand...

When specifically was it “the land of freedom” ?

if they let you down, isnt that also a kind of freedom?

When I say the land of freedom, I'm referring to freedom of speech, freedom to own firearms. I do admit it has never been 100% free, but there's been more freedom than most places. I'm Canadian. Lot's of things banned up here.

I know it's hard for niggers and queerbait to comprehend, isn't it, with your first world problems and all

blackjack said:
New York is overpopulated. Maybe the politicians are making up these bullshit rules so people will leave. The United States is no longer the land of freedom. It's sad.
Click to expand...

all thats going to be left is the "die hards" and those who cant afford to move. theyll be the ones holding the financial burden.
You must log in or register to reply here.