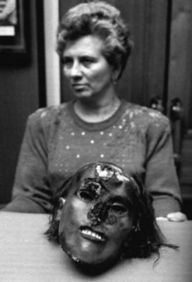 Devil cults that perform human sacrifices are rare. But they do exist - as a young man named Mark Kilroy was unlucky enough to discover in March 1987. Kilroy, a twenty-one-year-old student at the University of Texas, was on spring vacation with some friends in Matamoros, Mexico, when he disappeared during an evening of bar hopping. His whereabouts remained a mystery until investigators were led to a remote ranch that served as a headquarters for a local drug-smuggling gang. The leader of this blood-thirsty crew was a self-styled sorcerer named Adolfo de Jesus Constanzo - who preached a hodgepodge of Cuban Santeria, Haitian Voodoo, Aztec Santismo, and an obscure African-derived religion called Palo Mayombe. Whenever a big drug deal was about to go down, Constanzo’s cult would seek supernatural protection by sacrificing a human victim, whose heart and brain would be cooked in a cauldron and devoured in a cannibal feast. When the police finally rounded up the gang, they found the mutilated remains of fifteen victims who had been sacrificed to the cult’s crazy-quilt religion. During the police invasion Constanzo asked a disciple to shoot him and his lover, Quintana Rodríguez. When the police broke in they were already dead.

Took the chicken shit way out I see!! He didn't want what he was gonna get in prison from Bubba and his friend's!! 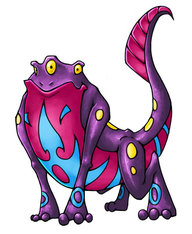 Constanzo was a bisexual

full story here, cant believe that bitch is a free woman with a published book now making money offa her murders, yeah she aided him fucked up laws in some countries.