Administrator
How about just taking responsibility for your own fucking actions instead of crying victim when you get called on your bullshit?
http://www.nydailynews.com/new-york/15-year-old-throws-front-train-staten-island-article-1.1191808

School officials heard of the bullying and set up a mediation session Wednesday with a counselor and one of the 17-year-old boys. The teenager denied harassing the girl, the sources said.

Leaving the office, Felicia later ran into the other 17-year-old who had been making her life miserable — and they exchanged words, the sources said.


Police did not say what was said. But it was enough to send Felicia marching off to the Huguenot station of the Staten Island Railroad, where she killed herself in front of horrified classmates.

Senior Alissa Compitello said she saw Felicia on the way to the train station and the girl told her that she had the mediation because of the bullying.

“She was smiling though, like everything was going to be okay,” said Compitello, 17.

But a quick look at Felicia’s Instagram account would have revealed the depths of her despair. On it, she placed a picture of herself with the word “Depressed” covering her eyes.

“Just because someone is smiling doesn’t make them happy,” read her caption.

Friends say the teen was tormented in the days leading up to her suicide.
Even before her suicide, Felicia’s life was marked by tragedy, the sources said. She was living with a foster family and a chronic runaway who had been reported missing seven times, they said.

Detectives are now questioning the students accused of harassing Felicia and combing through Facebook and other social media for evidence that she was bullied. They have also questioned the four varsity football players with whom Felicia had sex.
They are between the ages of 15 and 16, the sources said.
“They said at no time was the victim pressured into doing anything,” one of the police sources said.
The Department Board of Education has sent a crisis team to Tottenville HS. Last night, dozens of students gathered for a vigil at the train station, where some yelled out “F--- the football team!”
“The day I met her she made me laugh,” said John Palma, 15, a sophomore. “She never did anything wrong to anybody. This just came out of left field.”
Sophomore quarterback Joshua Rainey defended the team in an angry tweet that included an expletive and a misspelling.
“EVERBODY WHO IS BLAMING THE FOOTBALL PLAYERS S-- & MIND YOUR BUISNESS !!” he wrote.
A football game between Tottenville and Staten Island rival Curtis was scheduled for Friday night. It was postponed until 5 p.m. Sunday.
Sara Brager, a 16-year-old junior, said she was on the platform when Felicia handed her cell phone to a pal, walked to the edge of the platform, then fell backward into the path of an oncoming train. She said she is haunted by Felicia’s final words.

“Just before she fell, she said, ‘Finally, it’s here,’” said Brager. “It was the most horrible thing I've ever seen."
Click to expand...

tl;dr version:
15yo slut has sex with 4 football players at a party, gets filmed, catches shit for it, attempts to swallow a train

SAF said:
tl;dr version:
15yo slut has sex with 4 football players at a party, gets filmed, catches shit for it, attempts to swallow a train
Click to expand...

Foresight, people. This was hardly an unpredictable outcome.

So the football players ran a train on her, then a train ran over her?

It sounds like she was a troubled youth to begin with. Sad.

Shouldn't we be linking this to depression medication? It's a well know fucking fact people under 25 don't do well with anti-depressants and the like. It seems they mention EVERYTIME, "They were on medication for being a sissy bitch"

KingFate said:
Shouldn't we be linking this to depression medication? It's a well know fucking fact people under 25 don't do well with anti-depressants and the like. It seems they mention EVERYTIME, "They were on medication for being a sissy bitch"
Click to expand...

does it say she was on anti depressants? i skimmed-i saw the word "mediation"...mentioned twice-

KingFate said:
Shouldn't we be linking this to depression medication? It's a well know fucking fact people under 25 don't do well with anti-depressants and the like. It seems they mention EVERYTIME, "They were on medication for being a sissy bitch"
Click to expand...

Prescription: Man the Fuck Up

snatch said:
does it say she was on anti depressants? i skimmed-i saw the word "mediation"...mentioned twice-
Click to expand...


Haha, misread that. I had just woken up and read it as "medication"

Seems she even sucks at getting hit by a train properly. 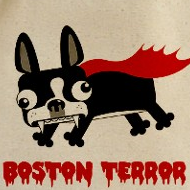 whatever happened to the good old days when 'bullied' kids would just shoot up their school? now all they do is post stupid youtube-videos and twitter-posts. 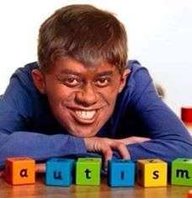 KingFate said:
Seems she even sucks at getting hit by a train properly.

wtf am I looking at here, exactly?

B2ux I don't think that top pic is her. The nose and eye brows are different and that doesn't look like a 15 yr old.

I feel no pity for this girl... again another minor who not only had sex but really 4 guys at once? Another case of Poor choices...

You know, I spent most of my childhood getting bullied constantly. I was depressed, I had anxiety and panic attacks daily, but never once did ending my life cross my mind as an option. And there are people out there still chugging on that have or have had it a lot worse than I did, and some of them even keep a positive attitude through it all. I don't treat her weakness with pity. I treat it with contempt.

Super Moderator
she conducted herself well in her final moments. suicide was indeed the ticket. she was heading down the wrong track in life and felt run down. i guess what i'm really trying to say is that the little mexican girl had a loco-motive...

I was never great at dealing with bullies, but I found that my fists were better suited to the job than playing tag with a train.
I don't pity poor judgement, just her family tbh.

problem is teenagers take shit a hell lot more seriously than it really is. all those teenage girls killing themselves clearly didnt have someone to talk to.

SAF said:
Prescription: Man the Fuck Up
Click to expand...

Thats what we were told when i was at school.

Back then, bullying was getting stabbed or hit with a hatchet or hammer.
You must log in or register to reply here.