Australians and New Zealanders are the biggest users of cannabis in the world, the United Nations says in its latest global report on drug use and trafficking.

Australia's illicit drug market remains dominated by the drug but there are signs of rising cocaine use.
The UN Office on Drugs and Crime (UNODC) report says Australians are using less amphetamine type stimulants (ATS), especially methamphetamine and amphetamines, as well as "ecstasy" amid health concerns and public education programs.
The report found between 9.1 percent and 14.6 percent of people in Oceania used cannabis, the highest in the world.
The global average is only 2.6 percent to 5 percent.
"Cannabis remains the most prevalent drug in Australia, as well as the main substance accounting for demand for treatment for substance abuse (50 per cent), with heroin and amphetamines accounting for almost 20 per cent of treatment demand," the report said.
The UN report, based on 2010 data, noted of the 1790 drug-related deaths reported for that year, almost 40 per cent were due to opiates and about one quarter due to benzodiazepines.
It also reported an increase in the use of pharmaceuticals for non-medical purposes, which climbed from 3.7 per cent in 2007 to 4.2 per cent in 2010.
In New Zealand the UN reported that a decrease in the use of "ecstasy" is reported to have been offset by the use of other substances mimicking its effects, including piperazines, cathinone and mephedrone.
Australia and New Zealand, together with North America and Europe, remain major markets for cocaine, with the latest data pointing to an increase in cocaine use.
"There was an increase in cocaine use reported in Oceania from an estimated 1.4 to 1.7 per cent in 2009 to 1.5 to 1.9 per cent in 2010, essentially reflecting the increase in cocaine use in Australia, whereas cocaine use remained stable in Western and Central Europe," the report said.
The UNODC also reported "new synthetic psychoactive substances" chemically engineered to remain outside international control are being increasingly used.
In 2010, UNODC said all regions, particularly Europe, North America and Oceania, reported the use of these substances "as an emerging trend". Your gonna think this funny, but I love to smoke! I have partook for 25 yrs now,. and if that is REALLY your table.....Well DAMN, I'm jealous!! I don't use any other substances but bud!! 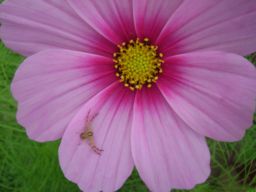 Just a few grams in UAE would get you executed.How foolish they are to be so anti-weed.Atleast they kill rapists.

softballmama said:
Your gonna think this funny, but I love to smoke! I have partook for 25 yrs now,. and if that is REALLY your table.....Well DAMN, I'm jealous!! I don't use any other substances but bud!!

Same here I've smoked for about 18 years now. I love me some skunk bud.

Cody30 said:
Just a few grams in UAE would get you executed.How foolish they are to be so anti-weed.Atleast they kill rapists.
Click to expand...


There is advice given to people that are traveling to the UAE. It states that if you use drugs, even marijuana, that you should buy all new clothes and shoes to bring because at the airport, say if a dog smells weed on your clothing and alerts people, if they search you and even find just a tiny speck say that fell and somehow got stuck on a part of your shoe, maybe where the shoelaces are, you'll be arrested on very serious charges.

I read a story about a woman getting raped by I think two men in the UAE. She went to the police to report it and they arrested her for having sex with someone she wasn't married to. Disgusting.. frightening.. and true. 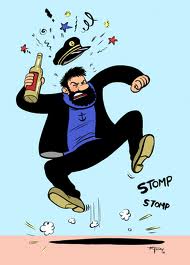 What the flip would you do in NZ whilst on cocaine? do a bump of coke then go for a walk to your local dairy for a dollar pie? ...I dunno
B

God I love being an Aussie
You must log in or register to reply here.