British man deported from Australia over criminal past (1 Viewer)

A British man who has lived in Australia for more than 40 years has been deported to the UK after the government cancelled his visa over a string of crimes stretching back to his teens.

Clifford Tucker, 47, moved to Australia with his parents when he was just six years old. He has been in trouble with the law since the age of 11, and in 1983 was sentenced to 12 years in prison after he opened fire on a police officer, seriously wounding him.

He has had three children while living in Adelaide, although he never applied for citizenship.

The authorities were alerted to his case when he travelled to Bali in 2008 and, on his return, declared on his immigration form that he had a criminal record. Eighteen months later immigration officials cancelled his visa and took him into custody, placing him in the Villawood detention centre in Sydney. An appeal against the deportation order failed last month.

Stephen Kenny, Tucker's lawyer, has argued that the order was unjust because the last of his convictions was more than 10 years ago. Mr Kenny said deporting Tucker was a breach of his human rights.

He warned that his client, who suffers from several mental illnesses, could become suicidal if he was separated from his family and cast adrift in the UK.

"As far as we know, he's going to be left to his own devices," he said.

Chris Bowen, the minister for immigration and citizenship, has defended the decision, saying Tucker failed the character test set out in the Migration Act.

Tucker said he was "completely shattered" by the prospect of leaving his children.

"I'll be setting up Skype but it won't be the same as holding them and hugging them," he said.

Over the past decade, 13 Britons have been involuntarily removed from Australia, mostly on character grounds.
Click to expand...

Surley we could have filled a ship to send back

seems they should have deported australia from him.

well the guy was nothing but trouble,and its now reflecting. he shudda thought of that sooner. like here,it should br done more frequently. when its done,the deported become imported again. this guy will make his way back in. they ususlly do! 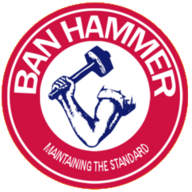 If they wanted to punish him they should have made him a Australian citizen.....beer swilling convict bastards they are....covered in scars, tatoos and facial hair...and that is just the women....lulz

Funkleburger said:
If they wanted to punish him they should have made him a Australian citizen.....beer swilling convict bastards they are....covered in scars, tatoos and facial hair...and that is just the women....lulz
Click to expand...

lmfao....I wonder if Funkleburger knows that there are good amount of Aussies here lol

Decent60...for your information the Aussies here can kiss my ass...they know their place at the worlds table....above the muslims...but below the Mexicans..