Fourteen other people were rushed to hospitals. Police initially said that 14 people were dead, but Royal Canadian Mounted Police said Saturday afternoon that an additional person died as a result of the crash. Police had said earlier that three of the injured were in critical condition. Police said 29 people were on board at the time of the crash.

The bus was transporting members of the Humboldt Broncos of the Saskatchewan Junior Hockey League to a match in the town of Nipawin when it crashed en route.

The team was some 18 miles north of the town of Tisdale when the collision happened at around 5 p.m. local time (7 p.m. EST) Friday. Royal Canadian Mounted Police assistant commissioner Curtis Zablocki said a tractor trailer traveling west collided with the bus. It's "too early to comment on the cause of the collision," he said at a news conference.

The truck driver was not injured but briefly detained, he said.

Canadian police said they could not yet confirm the identity of the victims or whether they were players or coaches. But some family members have stepped forward with information. Darcy Haugan, the Broncos' head coach and general manager, is among the deceased, his sister, Deborah Carpenter, told NBC News.

Photographs of the wreckage showed the twisted trailer with most of its wheels in the air and the bus on its side and its back portion destroyed. The force of the crash sent both vehicles into the ditch at the northwest corner of the intersection.

Aerial footage showed the bus on its side, its roof peeled back and its front end destroyed. The trailer of the truck lay nearby in a shattered mess, with bags of its peat moss cargo scattered all around. The tractor part of the truck was intact, lying on its passenger side.

The tractor-trailer would have had to yield to a stop sign before crossing over the highway that the hockey bus was travelling on. There is a stand of trees on the southeast corner of the intersection, limiting visibility of the approach on both roads.

Most of the players are from Saskatchewan and Alberta. In a province as spread out as Saskatchewan, teams often travel three or more hours in brutal winter conditions to get to the rink, where 5,000 fervid fans can show up in towns with populations just over double that.

The SJHL [which is part of the Canadian Junior Hockey League] is a mid-tier junior league where amateur teens and 20-year-olds strive to either get college scholarships or move up to semi-professional contracts in bigger leagues. The Broncos have won the most titles in the 50-year history of the league, but finished fifth out of 12 teams this regular season.

A GoFundMe page created by a Humboldt resident quickly became the most successful Canadian campaign ever on the online fundraising site and among the Top 10 globally. By Saturday afternoon, tens of thousands of people had donated more than $2.5-million. That included a number of large donations, such as $10,000 each from the Calgary Flames and Toronto Maple Leafs. 2. I've added arrows/info showing in which direction each vehicle was travelling when the bus was t-boned by the truck. 5. I cropped into this photo and circled where the front section of the bus ended up. 7. Most of the dead have been confirmed. Here I circled the names of most. Three others are not in this photo. 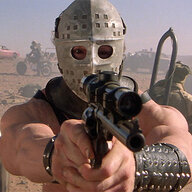 Yes and was just about to edit my post: the bus t-boned the truck, hitting it's trailer. The bus had the right away as the truck would have met up with a stop sign but continued through the intersection. The bus driver probably had zero chance of doing anything. 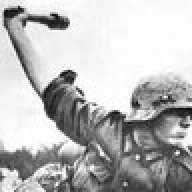 Wonder what was in the bales that are all over the place? Poor young lads and very bad luck.
OP

Jizdrop1 said:
Wonder what was in the bales that are all over the place? Poor young lads and very bad luck.
Click to expand...

The truck's load was mostly packaged/baled peat moss and maybe some other farming stuff.

DeathHand said:
Yes and was just about to edit my post: the bus t-boned the truck, hitting it's trailer. The bus had the right away as the truck would have met up with a stop sign but continued through the intersection. The bus driver probably had zero chance of doing anything.
Click to expand...

I think most violent deaths are like that, just that brief " Oh Fuuck" moment.