Thank goodness schools in Canaduh aren't like the schools in the US, huh Ayla?

A father has been arrested, strip-searched and hauled in for questioning – all because his four-year-old daughter drew a picture of a gun at school.
“I’m picking up my kids and then, next thing you know, I’m locked up,” Jessie Sansone, 26, told the Waterloo Region Record in Canada. “I was in shock. This is completely insane. My daughter drew a gun on a piece of paper at school.”
Sansone, a Kitchener resident, had arrived at Forest Hill public school to pick up his children when he was called to the principal’s office. Three police officers informed him he was being charged with possession of a firearm. Then he was escorted out of the school, handcuffed and locked in the back of a police car.
According to Sansone, he didn’t learn what had caused the investigation until hours after his arrest. Other officers arrived at his home, where they instructed his wife to come to the police station and took his other three children to Family and Children’s Services to be questioned.
“Nobody was given any explanation,” Sansone’s wife, Stephanie Squires, told the paper. “I didn’t know why he was being arrested. He had absolutely no idea what this was even about. I just kept telling them. ‘You’re making a mistake.’”
Sansone was forced to undergo a full strip search.
The school principal, police and child welfare officials said there would need to be an investigation to determine whether he had a gun in his home that children could find.
Alison Scott, executive director of Family and Children’s Services, told the Record, “From a public safety point of view, any child drawing a picture of guns and saying there’s guns in a home would warrant some further conversation with the parents and child.”
Waterloo Regional Police Inspector Kevin Thaler said Forest Hill public school had complained that “a firearm was in a residence and children had access to it. We had every concern, based on this information, that children were in danger.”
He told the paper the school officials’ concern wasn’t based merely on the girl’s picture. Neaveh, Sansone’s daughter, also purportedly made remarks about the drawing that troubled officials.
When a teacher asked Neaveh who the man in the picture was, she purportedly said, “That’s my daddy’s. He uses it to shoot bad guys and monsters.”
Sansone said several hours after his arrest a detective apologized and informed him that he would be released without charges.
“To be honest with you, I broke down,” Sansone told the Record. “My character got put down so much. I was actually really hurt, like it could happen that easy. How do you recognize a criminal from a father?”
After his release, authorities asked Sansone to sign a document allowing a search of his house. He said he signed it, even though he had the option to decline.
“I just think they blew it out of proportion,” his wife said. “It was for absolutely nothing. They searched our house upside down and found nothing. They had the assumption he owned a firearm.”
She added, “The way everything happened was completely unnecessary, especially since we know the school very well. I don’t understand how they came to that conclusion from a four-year-old’s drawing.”
Alison Scott, executive director of Family and Children’s Services, said the agency was required to investigate after the school reported the incident.
“Our community would have an expectation if comments are made about a gun in a house, we’d be obligated to investigate that to ensure everything is safe,” she said. “In the end, it may not be substantiated. There may be a reasonable explanation for why the child drew that gun. But we have to go on what gets presented to us.”
According to the report, she acknowledged, “I’m sure this was a very stressful thing for the family.”
As for the strip search, Thaler said the procedure was required “for officer safety, because it’s a firearms-related incident.”
He noted, “At the point in the investigation when it was determined it was not a real firearm, the individual was released unconditionally.”

i would be suing

But Slumamerica is whole different ball of wax, lols. This happens very rarely, if ever, in Canada. But you're right, if schools in the States responded the same way to this sort of situation...they would find shitloads of guns and more than a few people would be sitting in jail.

Good thing the girl didn't draw a picture of a suicide belt... 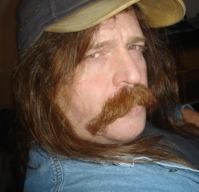 Those Marxist douche bags at that school would have Shiite themselves if they saw some of my artwork when I was around that age ....

that's fucked up. i used to draw guns in school all the time. 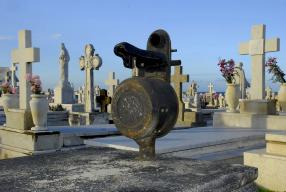 i want to see the drawing

i want to see the drawing