Capuchin Catacombs of the Dead (1 Viewer)

Perhaps the largest catacomb of preserved mummies is found under the church and monastery of the Capuchin monks in Palermo, Sicily, Italy.

The beginning of this unique cemetery goes back to the end of 16th century. The Capuchin monks had arrived in Palermo about 1534. Another burial place used initially but because of the increasing number of the monks, it was necessary to create a new, more decent and spacious.

In 1599 the first monk, Brother Silvestro of Gubbio, buried there. At the same time, remains of other monks exhumed from the grotto that used previously. Many of them found well- preserved thanks to the environmental conditions.

Initially the place used for Capuchin monks only. Priests followed and eventually, -mostly in 19th century- mummification became a “trend” in Palermo for all the well-to-do and famous people. They buried there for an annual fee, paid by their relatives according to J. Ross Brownie, a newspaper reporter who visited the catacombs around 1853.

Over the centuries the first passageway was enlarged and new ones made because of the continuing requests for a place in that cemetery. The present entrance opened in 1944. The original one -still in existence- was next to the vestry.

The last clerical burial occurred in 1871, though Rosalia Lombardo was buried there in 1920. Rosalia, a 2 years old girl, died of pneumonia, and is nicknamed the “Sleeping Beauty” because of her incredibly well – preserved body. She looks like a sleeping doll. She was one of the last corpses to make it to the catacombs before the local authorities discontinued the practice. Rosalia was embalmed by Alfredo Solafia, a Palermitan doctor, who took the secret with him when he died. It is only known that it was based on injections of chemicals and nothing else.

Another method used in a few cases for preservation of the bodies, was that of dipping the bodies in arsenic or lime. This was done mainly during the periods of epidemics.

The most common method used was that of desiccation by placing the bodies in cells, situated along the passageways. These cells were called “strainers”. As mentioned before, the drying of bodies came about because if the environmental conditions. In fact it is known that the subsoil is mainly tufaceous. The bodies were closed in the cells for about eight months then taken out and washed in vinegar before being exposed in the fresh air. They were then dressed and put in the niches or in the coffins, depending on the instructions given by the person while still alive or by the relatives.

The catacomb has a number of sections arranged along five long limestone corridors: Men, Women, Children, Priests, Monks, and Professionals.

At Men’s section the skeletons are placed all along the walls in niches or in coffins. In connection with priests section there is a children’s section. Until the end of 1600’s the walls on the stairs and the empty niches were covered with biblical pictures and inscriptions. Today only a few traces remain.

That is totally fucking awesome.

aRyan said:
That is totally fucking awesome.
Click to expand...


can you imagine the "feel" in those rooms with all the dead looking down on ya ?

wino said:
can you imagine the "feel" in those rooms with all the dead looking down on ya ?
Click to expand...


I think I'd try to steal one. 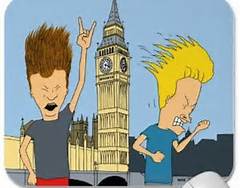 How about another joke Murray?

I've been wanting to go to this place for years! If I ever go to Italy I'm going to insist to whoever is traveling with me-that "we have to go to Palermo and see the Capuchin Catacombs". The other place I really want to visit is the Mutter Museum in Philadelphia, but I don't want be around the infestation of the black apes that dwell in that city (like all the other major cities). 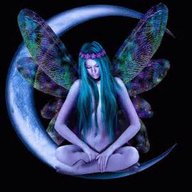 This is one I saw and read about many years ago in National Geographic...awesome place.
You must log in or register to reply here.

Chalk One up for the Pernambuco Fuzz