THE CASE FILES OF ROOKIE INSPECTOR CHAN As Retrieved from his Audio Recordings at the Crime Scenes, Morgue and Funerals.


Today I finally got the job that I dreamed about, a crime scene inspector! Some might say I got it due to my father. I disagree. Yes, he is filthy rich and a mightily powerful politician. And I know our police force is not the most uncorrupted in the world. But I still think my rapid rise thought the force was due to my own skills and abilities. I will be understudying my mentor Senior Inspector Lee for the first few cases before he retires and hands over fully to me. Here goes nothing!


Case #1: The Violated Jogger Day 1 8.45 AM. This is Inspector Chan at the crime scene at the Dutch Hills Forest. The victim is female, aged 19 and was reported missing last night after she did not return home from jogging. I am approaching her body now. She is lying on the ground in a pool of blood. She is fully naked and her breasts are pointing towards her sid…sorry sir? Yes...yes sir……ok..I mean she is in a state of extreme undress. No clothes on at all. I note that her breasts are rather perky and shapely. Could have been the reason why...yes sir? Ok I will stop mentioning this. Err...Her hands are tied behind her back with what looks like her teal colored T-shirt and white bra. There are no drag marks on her feet or shoulders. I summise she was carried here after being knocked unconscious elsewhere


There are little signs of decomposition but these could have been hidden by the mud and leaves on her body. Her belly looks slightly swollen however. I believe she has been dead for less than 12 hours. There are several small stab…sorry sir..I mean puncture wounds in her neck and that is where all the blood is apparently coming from. All the blood around her body and no blood trails leading elsewhere shows that she most likely had been stabbed at this spot. No weapons have been found in the vicinity however.


Wait. There appears to be a small amount of blood coming out from ..err…between her legs..ok sir…yes sir…coming out from her vagina. Her puss…I mean vagina, sorry. Her vagina looks torn and...how shall I say this? Used? Abused? Yes sir. I mean there are signs of sexual assault. Her mouth is gaping wide open. The perpetrator could have used her mouth to pleasure himself. Remember to do an oral swab in addition to the vaginal swab.


Day 2 8.15 PM. SI Lee is not free now so I am at the wake of the victim alone. No more nagging from the old geezwr haha. Her wake is held at the house of her parents. I did not approach them as they were weeping inconsolably. I approached the coffin to look at the victim after she has been cleaned up. Maybe I can get some clues from her corpse. She is prettily dressed up and looks ready for her prom. I must say that the victim is really pretty. Wouldn't mind asking her out for a date if things had turned out differently.


The mortician had expertly covered up her stab wounds and applied a light layer of makeup onto her dead face. She looks almost alive. Anyway she looked so demure and helpless that I am sure the murder dis not happen due to a rendezvous gone wrong or a jilted lover. She seemed above having such trysts in the woods. Which means it must have been a stranger. Let me take a few nore photos of her for my personal reference before leaving.

A crime scene investigator couldn't investigate the body in the morgue? That's seems strange. Surely that's the main place to look at the body for clues. When it's been cleaned and embalmed there won't be a lot of evidence remaining. I'd guess.
I also don't know the difference between the two different formats. I like any. 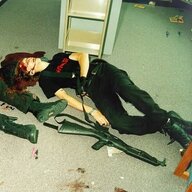 Love to take over her investigation 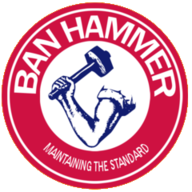 Hot
You must log in or register to reply here.