Catholic priest has sex on alter with two... (1 Viewer) 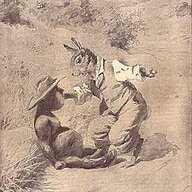 I was raised Catholic, but left as soon as I could choose to

PinkE said:
I was raised Catholic, but left as soon as I could choose to
Click to expand...

My schooldays were the best ever,as the old saying goes. Out of all the lads in my year at my senior school, high school I guess, 2 of us ended up on heroin. We'd known each other since birth, born in same hospital a week apart and went to all the same schools and lived close.basically I'm saying I knew him well. When drugs came along we went our separate ways for a while ,had a few fights etc. We'd just started scoring together and he'd come round and fall asleep on himself.like leaning on his chest on his knees. When he'd wake up he could hardly breath. So no air in his lungs. He had his artery tied off before mine was by a good few year, he didn't stop. He liked valium then gear as it makes you a slavery spasticated mess. He'd came into some money from a crash and his parents tried to hold it from him as they knew what's happen. His mam found him on his armchair leaning crushing his own lungs. It was on the cards nobody was surprised. He was a week older. I miss him. He was beyond help though,there's nothing anyone could do. On the last night he was apparently at the shops on his knees trying to buy gear. Slavering and dirty. Poor fucker.
Sorry,went on one, my point was that the Protestant schools near buy had hundreds of smackheads male and female.and a teacher was caught fuckin a girl.
So Catholic school better in my opinion.
I've just angered the world by writing so much. All eat a bowl of shlong Reverend has been charged with obscenity (St. Tammany Parish Sheriff’s Office )
A priest has been arrested after reportedly filming himself having sex with two corset-clad dominatrices on a church altar.
Reverend Travis Clark, 37, and the two women involved - Mindy Dixon, a 41-year-old adult film performer and Melissa Cheng, 23 - have each been hit with obscenity charges, according to Nola.com
All three were reportedly caught on 30 September after a passer-by noticed the lights at Saints Peter and Paul Roman Catholic Church in Pearl River, Louisiana, were on later than usual.
Looking inside, the witness allegedly saw a half-naked pastor having sex with the two women, who were dressed in high heel boots.

The altar was equipped with stage lighting. The witness also saw sex toys and a mobile phone mounted on a tripod, according to court documents obtained by Nola.com.
According to Nola.com, the witness captured the scene on their phone and handed the video to Pearl River police department.
Officers attended the church and were told by Ms Dixon and Ms Cheng that the trio had been filming a "roleplay" with the pastor.
But they were each charged with obscenity because the acts took place in public view, police said.
Nola.com reported that Ms Dixon wrote about the acts in a social media post before they occurred.
She said she was going to the New Orleans area to "defile a house of God", the publication reported.
Church officials said pastor Clark would be replaced later this month; he was released on on a $25,000 bond while Ms Cheng and Dixon posted bonds of $7,500.
If found guilty of obscenity, each could face a maximum of three years in jail.
Click to expand...

I know I know, there's no edit option? Like wtf

It gives you one chance to Fucking edit it and then disappears? Fucking stupid

I can edit. You must post 7 zillion times then you too can edit. Until then, proofread your posts before hitting the post reply button.

msr said:
I can edit. You must post 7 zillion times then you too can edit. Until then, proofread your posts before hitting the post reply button.
Click to expand...

I'm on a city bus. I'm bouncing around like a whore on prom night

Bill Murray said:
I guess on a positive he wasn't diddling the alter boys
Click to expand...

He could not get them to coordinate a time, so he went with the hookers.

Timmyboy1973 said:
I'm on a city bus. I'm bouncing around like a whore on prom night
Click to expand...

No, trucks in shop

The bus, the bus.

King-Rory said:
Nah, I don't live in America. But if I did I'd vote Trump!
Click to expand...

I am Donald J Trump and I approve this message!!!

at least they cudda done was give this guy a medal! he was not with just one broad,but two! (go father!)
and give credit where credit is due. it wasnt any little boy(s). finally a priest thats not a pedo and theyre punishing him? thats fucking stupid. tells you the church promotes that kind of behaviour.

Timmyboy1973 said:
It gives you one chance to Fucking edit it and then disappears? Fucking stupid
Click to expand...

you need to be quicker than that! lol

The Reverend Was Tappin' That Ass.

What does a priest and a tuna have in common?