It is also suspected that Albright killed two other prostitutes, Mary Pratt in 1990 and Susan Peterson in 1991. Although charges were never filed in these two murders, they were used as evidence in Albright’s trial. Upon his conviction of murder he was sentenced to five years to life.

Albright is known to have an abnormal obsession with eyes, going so far as to remove the eyes from dolls and photographs. In all three murders, the women’s eyes were surgically removed.

Charles was adopted by Delle and Fred Albright, from an orphan's home. His mother, a schoolteacher, was very strict and overprotective of Charles. She accelerated his education, helping him to skip two grades.

His criminal career started early. At age 13, he was already a petty thief, and was arrested for aggravated assault. At age 15, he graduated from high school and forged his way into North Texas University.

At age 16, the police caught him with some petty cash from a cash register, two handguns and a rifle. He spent a year in jail. After his release he attended Arkansas State Teacher's College and majored in pre-med studies. Found with stolen items, he was expelled from the college before graduation but not prosecuted. Unfazed, he simply falsified his degrees, stealing the right documents, forging signatures, and giving himself fictitious bachelor's and master's degrees.

He married his college girlfriend and they had a daughter. Charles' wife was a teacher, but he failed to hold a job for long. He continued to "cheat" by forging checks and claiming false credentials, and he was caught in his deception while teaching at a high school, but he always managed to get probation for his illegal acts. In 1965, he and his wife separated, finally divorcing in 1974.

Albright was caught stealing hundreds of dollars' worth of merchandise from a hardware store and received a two-year prison sentence. Yet he served less than six months before he was out again.

In 1981, after his mother died, while Albright was visiting some friends, he sexually molested their nine-year-old daughter. They reported him and he was prosecuted. He pled guilty and received only probation. He later claimed that he was innocent but had pled to avoid a hassle.

In 1985, Albright met a woman named Dixie, in Arkansas. He invited her to come live with him and it wasn't long before she was paying his bills and supporting him. Charles took a 'paper route' in the early morning, apparently to visit prostitutes without raising his wife's suspicions.

December 13, 1990 - Mary Lou Pratt, 35, a well-known prostitute in the Oak Cliff neighborhood (in Dallas). Her body was found lying face-up. She was wearing only a T-shirt. She was shot in the back of the head with a .44-caliber bullet. The medical examiner discovered that this killer had removed both eyes without making much of a mark on the eyelids, and apparently had taken them with him.

February 10, 1991 - Susan Peterson, a prostitute, was found nearly nude, with her T-shirt pulled up to display her breasts in the same manner as Pratt. She'd been shot three times: in the top of the head, in the left breast and point-blank in the back of the head. One bullet had pierced her heart and another entered her brain. A clump of her hair lay on her chest. She had been dumped in south Dallas, just outside city limits, and the medical examiner found that this victim bore another grisly similarity: her eyes had been surgically removed.

March 18, 1991 - Shirley Williams, a part-time prostitute, was found naked, lying on her side near a school, with her eyes removed. Williams also had facial bruises and a broken nose, and she had been shot through the top of her head and in the face.

March 22, 1991 - After the murder of Shirley Williams, witnesses came forward and told police about Albright. He was arrested in his home.

The trial began on December 13, 1991. The prosecution suffered many blows and their case seemed circumstantial at best. The only evidence that was solid was the forensic evidence - hairs found at Williams' murder scene matched Albright. On December 18, 1991, the jury had already deliberated and found Charles Albright guilty. On December 18, 1991, the jury deliberated and found Charles Albright guilty. He was sentenced to life in prison for the murder of Shirley Williams, Mary Lou Pratt and Susan Peterson.

MO: Shot female prostitutas and cut out their eyes.

DISPOSITION: Life sentence on one count, 1991. 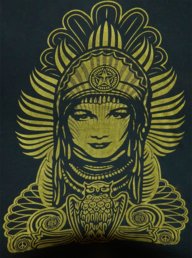 You're a mean one, Mr. Lynch

This guy is one of the most fucked-up killers I have read about, and not in the way of being a heartless fiend like Larry Singleton, Gerald Gallego, Michael Ryan, David James Roberts, John List and Kyle Bell were/are.

The book says that the victims' eyeballs were never accounted for, my guess is that he ate them.
You must log in or register to reply here.
Share:
Email Link
Top