David Allen Lucas, an East San Diego County carpet cleaner, fatally slashed the throats of two women, including a USD co-ed, and a 3-year-old boy. The case lasted five years, including a yearlong effort to introduce blood evidence linking Lucas to one of the victims through serological testing, a precursor to DNA testing.

November 24, 1984: The body of University of San Diego student Anne Catherine Swanke was found in a remote area of Spring Valley four days aftr she disappeared after her car ran out of gas at a La Mesa intersection. In 1989 David Allen Lucas was convicted of killing her and two other people.

With a tightly clenched fist, Dr. John Swanke threw a wicked left hook into the courthouse air as he heard for the first time that the verdict was in.

David Allen Lucas had been found guilty of murdering Swanke's daughter, Anne, 22, who was killed more than four years ago.

Trying to hide mixed emotions, Swanke said he was pleased with the verdict and only sorry that he could not get to the courthouse in time to see and hear it for himself.

"I really wanted to be in that courtroom to hear it," Swanke said. "It's been a torturous, hellish time for the family."

Earlier yesterday afternoon, Swanke had been home, 12 miles from the downtown courthouse, tuning his string bass for an upcoming summer pops concert at the Balboa Park organ pavilion, when he got the call to head to Superior Court Department 14. The jury would be filing in around 4 p.m.

"I had just tuned up the F scale and was practicing `Bye Bye Birdie' when the phone rang," he told a courthouse corridor gathering. "I jumped in the car and sped down the freeway; must have been going 70.

"A highway patrolman started following me, and I thought I'd get stopped, but the officer pulled over somebody else."

Swanke still did not make it to the courthouse in time to look into the face of David Lucas as the verdict was read.

"I didn't get to see his face when they convicted him," Swanke said, wondering aloud whether there would be any expressions of remorse.

Nevertheless, he showed his approval with the flying left look. In his right hand he strummed a set of small index cards as if they were a guitar.

The cards were study aids, he later explained.

"I always take something to study," he said.

In the years he has had to think about the killing, Swanke, a philosophy professor at University of San Diego, concluded that if his daughter's killer was remorseful one life should not be traded for another in the California gas chamber.

With death-penalty deliberations next for the jury, Swanke was asked by several reporters whether he favored execution for Lucas.

"I have my opinion, but I don't want to say right now, while the jury is deliberating," Swanke said.

Of the penalty phase of the trial, he said: "I'm going to have to go through all this one more time," he said, looking over the crush of reporters wanting to talk to him. "Then perhaps I can go back and kind of remember the good things about my daughter's life instead of the tragic end. Now maybe I can finally bury her."

Miss Swanke was an honor student at USD when she disappeared Nov. 20, 1984. Her abandoned 1974 Dodge Colt, which had run out of gasoline, was found at a La Mesa intersection. Her body, throat slashed, was discovered in a remote area of Spring Valley.

Police said she had walked back to the Grossmont Center Shell Station and bought fuel in a can.

An hour later, police officers found her car where she had left it, the gas can sitting behind it, the gas cap and her keys lying on the trunk. Her purse and wallet were untouched inside the automobile. There was no sign of a struggle.

Miss Swanke had dreamed of being a professional opera singer and had learned to play the piano to accompany herself. An opera score was on her desk at home the night she was killed.

Jurors deciding whether David Allen Lucas should be sent to the gas chamber or prison for life heard a psychologist testify yesterday that the convicted murderer has a personality disorder that causes him to fear men and both love and hate women.

Dr. Alvin Marks was called by attorneys for Lucas to testify during the penalty phase of Lucas' trial before Superior Court Judge Laura Palmer Hammes. The same jury that found Lucas guilty of three first-degree murders must now determine his sentence.

Lucas, 34, was convicted June 21 of the May 4, 1979, murders of Suzanne Jacobs, 31, and her 3-year-old son, Colin, in their Normal Heights home; and of the Nov. 20, 1984, murder of University of San Diego student Anne Catherine Swanke. He was also convicted of the June 1984 kidnap and attempted murder of Jodie Santiago Robertson, 34, a Seattle resident who was abducted as she was walking home from a La Mesa nightclub. All of the victims had their throats slashed.

Marks testified yesterday that he reached his diagnosis of Lucas after talking with Lucas and members of his family. Marks described factors in Lucas' life that Marks said caused the personality disorder, characterized by "lifelong maladaptive behavior."

Marks said that Lucas suffered from asthma as an infant and was a thumb-sucker and bed-wetter. Lucas' father was a "very brutal, iron- handed workaholic" who ruled the household while Lucas' mother worked nights and often beat the boy, Marks said.

He said Lucas served as a church altar boy and loved children and animals. Lucas can feel remorse, but has difficulty expressing his emotions, Marks said.

When Lucas was 16, he got his girlfriend pregnant, but she aborted the child. The abortion devastated Lucas, Marks said.

"He told me from that instant on he hated women. Of course, he didn't. He loved and hated them," Marks said.

Later, Lucas married but was concerned about the way his wife was raising her son, saying she abused the child, Marks said.

"He had all this conflict about women, searching for the perfect one," Marks said.

Marks said he believes Lucas suffers from minimal brain damage because he once fell out of his stroller when he was a baby and was in an automobile accident when he was 16.

again with the no pictures available

David Allen Lucas, sentenced to death for three throat-slashing murders, will not face a second trial for two slayings in which a jury was unable to reach a verdict.

On June 21, a Superior Court jury convicted Lucas of first- degree murder in the May 4, 1979, slayings of Suzanne Jacobs, 31, and her son, Colin, 3, in their Normal Heights home; the Nov. 20, 1984, slaying of University of San Diego student Anne Catherine Swanke, 22; and the attempted murder of Jodie Santiago Robertson, 35, of Seattle, on June 9, 1984. The jury also recommended the death penalty.

Jurors deadlocked 11-1 in favor of conviction in the murders of Strang and Fisher. They acquitted Lucas of the Dec. 8, 1981, murder of real estate agent Gayle Garcia, 29, who was slain in a Spring Valley home she was showing to prospective buyers.

Prosecutors could have chosen to retry Lucas on the Strang- Fisher murders, but Williams said the district attorney's office decided against that.

"We have accomplished the goal we have set out to accomplish -- and that is justice," Williams said.

Fisher's aunt, Rebecca Fisher, who attended much of Lucas' trial, said she was satisfied by the decision.

"There's not much more that can be proven. I'm just glad it's over with," she said. "Maybe we can get our lives back together.... We know he did it."

Lucas' attorneys, Alex Landon and Steven Feldman, said the decision to dismiss the charges against Lucas was appropriate.

"At this point, the case is over," Feldman said.

An appeal of Lucas' conviction has been filed, and Landon said lawyers will have to be found to handle what is expected to be a lengthy appeal

MO: Rape-slayer of women and children. 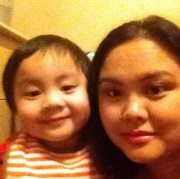 Are there any pictures on this serial killer - I swear this guy is very elusive!! when you search for any pictures - there are no pictures that are available. its as if no one wants the world to see what this guy looks like..... after searching relentlessly for this guy - these were the only pictures i could find.....

I looked too and couldn't even find the above pics.