HURSDAY, Nov. 18 -- Social networking might have triggered asthma attacks for one young Italian man, who experienced breathing troubles whenever he accessed an ex-girlfriend's Facebook page.
The 18-year-old man was depressed because his girlfriend had dumped him and also deleted him from her list of Facebook friends, while "friending" many new young men, the doctors explained in a letter to the journal.
The man, who was taking medications to control his asthma, used a new Facebook nickname to become the girl's friend again and see her picture on her Facebook profile. But every time he saw her picture, he suffered shortness of breath.
"The [man's] mother was advised to ask him to measure the peak expiratory [lung] flow before and after Internet login and, indeed, post-Facebook values were reduced, with a variability of more than 20 percent," write Dr. Gennaro D'Amato, of the High Specialty Hospital A Carderelli in Naples, and colleagues. "In collaboration with a psychiatrist, the patient resigned not to login to Facebook any longer and the asthma attacks stopped."
After taking the man's medical history and giving him a thorough physical examination, the doctors discounted other possible environmental and infectious factors and concluded that seeing his ex-girlfriend's Facebook page triggered the man's asthma attacks.
"This case indicates that Facebook, and social networks in general, could be a new source of psychological stress, representing a triggering factor for exacerbations in depressed asthmatic individuals," the doctors wrote. "Considering the high prevalence of asthma, especially among young people, we suggest that this type of trigger be considered in the assessment of asthma exacerbations."

omg he's such a fag
OP

Now when he thinks of her he can yell (bitch ass fucking whore slut) and they can say it also caused his tourette syndrome. 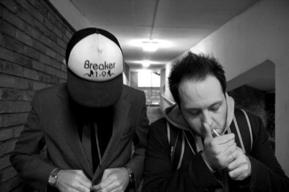 "In collaboration with a psychiatrist, the patient resigned not to login to Facebook any longer and the asthma attacks stopped."
Click to expand...

By now the little faggot is prolly on life spport after nonstop asthma attacks from stalking her Facebook.

I jerk off whenever i go on FB, could FB be triggerin mah jerkinness. hmmmmmmmmmm, I wonder...
You must log in or register to reply here.
Share:
Email Link
Top