Dog Walker Finds Smelly Lump of Whale Vomit on Beach That's Worth £100,000​
​
​
​
A dog walker who spotted a smelly yellow rock on a beach says discovering it was whale vomit was like finding a “bag of cash”.

Ken Wilman said his boxer dog Madge found the 6lb lump, which could be worth £100,000, in Morecambe, Lancashire.

Ken only realised its potential value after an online search revealed the substance was ambergris, an ingredient used in the manufacture of perfume.

A French dealer has offered £43,000 but experts say the lump of hardened intestinal slurry from a sperm whale could be worth twice as much.

Ken, who is unemployed after hurting his back in a motorbike accident, said:“I didn’t actually realise what it was at first and couldn’t understand why Madge was so interested in it.

“It smelled horrible. I left it, came back home and looked it up on the internet.

When I saw how much it could be worth, I went back and grabbed it.

Mr Wilman now plans to send a small sample of the rock to France to have it checked.

He added: “If he verifies it, it will be like winning the Lottery.”
Chris Hill, curator at the Aquarium of the Lakes in Newby Bridge, Cumbria, said: “It’s quite a find.

“There are places in Europe that will buy it from you. They will age it, like a fine wine, and then test it for perfume.”

Sperm whales eject the intestinal slurry into the ocean where it often floats in the water for years while it hardens and develops a distinctive odour.

that dog deserves some extra bones for that find :]
it's interesting how precious some 'gifts' of nature are, especially for humans.
OP

bowhaze said:
that dog deserves some extra bones for that find :]
it's interesting how precious some 'gifts' of nature are, especially for humans.
Click to expand...

pretty lucky and smart too doing the net search !! i would've burned that thing if i was him

he is cute though 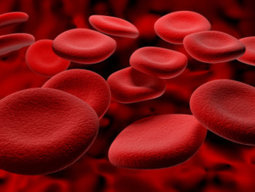