This story is set in Rio De Janeiro. As it is a very recent case all of the following info is taken rom newspaper articles. So it is a fair assumtion that this is not the full story. As I get new information, I will be updating this page. So let us get to the story.
For two years, officials at Rio's Salgado Filho Hospital could not understand the high death rate in the hospital's emergency intensive care unit. I bet you can already figure out what's been going on.
The hospital recently said it found the answer to its discrepancy: longtime nurse's aide Edson Guimaraes, a purported serial killer for cash who may have murdered as many as 116 patients in his ward since January (this year) alone. And if that hasn't got your attention then I don't know what will.

Guimaraes, 42, a quiet black eyed man dubbed the incredibly original, "angel of death," initially confessed to five murders, saying he had ended the patients' lives to ease their suffering.
He also admitted to racing to notify the city's highly competitive funeral homes of the deaths, in hopes of earning a $60 tip if he was the first to report the death and the family signed a contract with the funeral home. A motive?
"At the hospital, the personnel from autopsy usually win a commission from the funeral homes when they make a referral," the seven year employee of the hospital told Veja, a Brazilian newsmagazine. "I decided to seek out the funeral homes and do the same."
A skeptical Flavio Silveira, the administrator of Salgado Filho, said, "this guy said he wanted to abbreviate suffering and also make some money on the side, because everybody gets some money on the side."
In Brazil, as in most countries, euthanasia remains a crime, even when carried out by a doctor at a patient's request. So even if they were 'mercy killings' he is still breaking the law.

Prosecutors say that Guimaraes' victims were mostly unconscious or comatose patients, whom he killed by lethal injection or by removing oxygen masks.
The most damning evidence against Guimaraes was provided by a cleaning lady. In late April she says that she first spotted the gray haired aide drawing a syringe of deadly potassium chloride from the supply room, slipping it into his pocket and then strolling into the intensive care unit.
While Guimaraes made his rounds, the woman reported, he quietly pressed the needle into the IV drip bag of one of the unit's half dozen patients and hit the plunger. Moments later the patient was dead. What I want to know is why didn't she stop him, if she knew what was going on?
Once alerted by the cleaning lady, administrators as a test transferred Guimaraes to an outpatient unit on his next shift. The death rate in intensive care fell to zero. When Guimaraes returned three days later, on May 4, four patients died, even as police waited in a nearby office to make an arrest. This will probably count against him.
Following Guimaraes' arrest a check of hospital records has revealed that the unit's death rate more than doubled during Guimaraes' 12 hour shifts, from an average of just under two deaths to four or more, Silveira said.
Following his confession Guimaraes' lawyer decided on an insanity defense, but recently the tactic was changed.
"I've been a nurse 20 years and I wouldn't commit this negligence before God."
Guimaraes has retracted his confession and now insists that, "I didn't kill anyone. I didn't want to kill anyone." He has also said that he only confessed because police threatened to beat him. He also insisted that while he had directed relatives of dead patients to the funeral home of a friend, he had never received any payment for it.

Following these statements Marcelo Monteiro, a member of the prosecution team, which has charged Guimaraes with only four murders, said that, "I'm completely convinced he's a murderer. The proof will demonstrate he's responsible for what happened." "I'm convinced the only truths he told today were his name, date of birth and address."
Proving Guimaraes is a serial killer may be difficult. You see, death by an overdose of potassium chloride, which stops the heart, is what Brazilians call a "white death," something that leaves no identifying anatomical or chemical signature during a routine autopsy.
Autopsies on the last two patients thought to be his victims show red stains on their hearts and lungs characteristic of asphyxia, but such marks could occur after the failure of an oxygen mask, for instance.
So until we get a lot more autopsy reports it is going to be very difficult to prove anything in this case. All we do know is that since Guimaraes was taken off the wing it has led to a halving of deaths, which is pretty strong evidence that maybe he was doing something fishy with the patients.

So it pay's to die?? At least for the person reporting it to the funeral home!! I had NO idea that such A thing existed, and to get to this guy!! Whew!! 116 in ONE year?? Wow!! What get's me is, when the police were there to arrest him why the FUCK did they give him time enough to off 4 more people before they got to him!! That's some pretty shitty police work right there!! 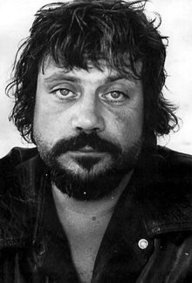 a cat is in my brain i likes it that way

i never thought about this as a kid when the teachers asked me "what do you want to be when you grow up?" fml if i only i knew this then i'd be a rich man living in brazil by now

where can i see videos

If i ever find a docu i will share it.
You must log in or register to reply here.