Egyptian authorities have launched an investigation after a hot air balloon crashed 1,000 feet to the ground, killing 19 tourists who had taken a sunrise flight near the ancient city of Luxor.
Witnesses described seeing people leaping out of the balloon as it was on fire. The casualties included British, French, Belgian, Hungarian and Japanese nationals and nine tourists from Hong Kong, the Luxor governor, Ezzat Saad, told reporters.
Yvonne Rennie, from Perth in Scotland, died and her husband Michael was being treated in hospital in Luxor, where he was said to be in a stable condition.
Another Briton, Joe Bampton, 40, and his Hungarian-born girlfriend Suzanna Gyetvai, 34, were among those who died in the crash, in what appears to be the worst hot air balloon disaster on record.
A British tourist and the Egyptian pilot, named locally as Momin Mourad Ali, who survived with 70% burns, were the only people to have survived.
The balloon is believed to have caught fire as it was coming in to land at about 7am on Tuesday. The pilot and a British passenger jumped out, before the ballon ascended swiftly. Flames spread quickly and ignited a gas canister, which exploded.
The balloon then plunged 1,000 feet into into a sugar cane field west of Luxor, which is 320 miles (510km) south of the capital, Cairo.
The tragedy is thought to be the world's worst ballooning accident. It dealt a fresh blow to Egypt's tourism industry, which is reeling after two years of political unrest since protests that led to the ousting of President Hosni Mubarak in 2011.
A Foreign Office spokesman said: "We can confirm the tragic deaths of two British nationals and one British resident following a hot air balloon crash in Luxor, Egypt earlier today.
(more at http://www.guardian.co.uk/world/2013/feb/26/luxor-hot-air-balloon-crash-kills-tourists)

I wonder if it was an accident or human failure. thanks for posting!

How did they manage to get that many people in the basket?? I thought they could only hold maybe 4 or 5 people. I guess I was wrong! I would have liked to see the aftermath, you know, twisted torn bodies, blood and bits of bone sticking up here and there. 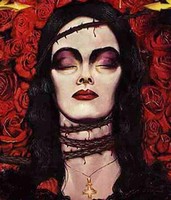 That s the last thing i would do if i visit Egypt. C´mon!! lets visit the pyramids, a ride in a camel, but a ride in a hot air balloon?...nah nah. JETPACKS MOTHERFUCKERS, WHERE R THEY???!!!

Says it'll take a couple weeks to know exactly what happened. Here are some pictures after it hit the ground. bowhaze said:
I wonder if it was an accident or human failure. thanks for posting!
Click to expand...

The balloon had almost landed. Men on the ground had it's mooring ropes and then something went wrong with one of the gas valves. The fire had started and witnesses are saying that the pilot didn't even look back before he jumped as the balloon neared the ground. In other words, he didn't stop for a second to turn off the gas valves. When the pilot jumped, so did 3 or 4 passengers. Minus those 4 or 5 people and their weight, the balloon soared back up into the air as the gas continued to ignite and burn. As the balloon climbed back up 1,000 ft into the air, many of the passengers remaining in the burning basket jumped as the ballloon rose.

I think there might have been one or two passengers still in the basket when it finally crashed back down to earth. Their remains were found once rescue teams overturned the metal frame of the basket.

NightMare said:
How did they manage to get that many people in the basket?? I thought they could only hold maybe 4 or 5 people. I guess I was wrong! I would have liked to see the aftermath, you know, twisted torn bodies, blood and bits of bone sticking up here and there.

They manage to do so by making larger baskets, or gondolas. Most of these are made up of 3 sections: the middle section for the pilot, flight equipment/controls/valves and the atleast 4 gas canisters needed to keep the balloon inflated. On either side of the pilot's middle section are 2 other larger sections that hold the passengers.

The pic below is an example of what these larger baskets look like. The 2nd is a pic of the actual balloon the burned and crashed (the predominately green one with 3 yellow stripes, over to the left of the image). And lastly, the third pic showing just how large these baskets are. 2. Balloon to the left is the one that went down. Thank's D.H.!! You always come through! I think these balloons are cool, but I would NEVER ride in one! If I want to float through the air I will drop some acid or some shit like that! Never under a balloon powered with fire! That just doesn't even sound safe.

Thank's for the aftermath! Is there anymore? Awesome pictures, cool, sure glad I haven't got the desire to go up in a balloon powered by 8ft flames! Fuck that shit!!
You must log in or register to reply here.
Share:
Email Link
Top