More than 280 people killed in southern city, with many victims caught in basement with locked doors and no fire exits.
Last Modified: 13 Sep 2012

Factory fires in two major cities in Pakistan have killed at least 314 people and injured dozens more, including some who had to leap from windows to escape the flames, officials and survivors have said.

The most deadly blaze broke out on Tuesday night in a garment factory in the southern port city of Karachi, where at least 289 bodies have been recovered so far, according to Roshan Ali Sheikh, a senior government official.

At least 25 others were killed hours earlier in a shoe factory in the eastern city of Lahore.

Firefighters continued to battle the blaze in Karachi on Wednesday.

Most of the deaths were caused by suffocation, as people caught in the basement were unable to escape when it filled with smoke, said the top firefighter in Karachi, Ehtisham-ud-Din. There were no fire exits, and the doors leading out of the basement were locked, he said.

Such safety issues are common throughout Pakistan, where buildings also lack emergency equipment like alarms and sprinklers and municipal rules are rarely enforced.

Workers on higher floors of the five-storey building struggled to make it out of windows that were covered with metal bars.

Mohammad Ilyas, a factory worker who was injured as he jumped out of the building, said he was working with roughly 50 other men and women on one of the floors when suddenly a fireball came from the staircase.

"I jumped from my seat, as did others, and rushed towards the windows, but iron bars on the windows barred us from escaping. Some of us quickly took tools and machines to break the iron bars," he said. "That was how we managed to jump out of the windows down to the ground floor."

Funerals had begun on Wednesday for the small group of bodies who had been identified and returned to their families, although the majority of the dead are yet to be identified by the authorities.

Managers on the run

Sheikh said the factory's managers had fled and were being sought by police. Authorities have placed the name of the factory's owner on a list of people who are not allowed to leave the country, he said.

"The owners were more concerned with safeguarding the garments in the factory than the workers," said employee Mohammad Pervez, holding up a photograph of his cousin, who was missing after the fire.

"If there were no metal grilles on the windows, a lot of people would have been saved. The factory was overflowing with
garments and fabrics. Whoever complained was fired."

Pakistani television showed a video of the factory with flames leaping from top-floor windows and smoke billowing into the night sky. Firefighters could be seen pounding on the metal grates covering some of the windows and pulling out smoke-covered bodies.

In Lahore, the fire swept through a four-storey shoe factory and killed 25 people, some from burns and some from suffocation, said senior police officer Multan Khan. The factory was illegally set up in a residential part of the city.

The blaze broke out when people in the building were trying to start their generator after the electricity went out. Sparks from the generator made contact with chemicals used to make the shoes, igniting the fire. Pakistan faces widespread blackouts, and many people use generators to provide electricity for their houses or to run businesses.

A firefighter at the scene, Numan Noor, said the reason most of the victims died was because the main escape route was blocked.

"The people went to the back side of the building but there was no access, so we had to make forceful entries and ... rescue the people,'' said Noor.

Firefighters broke holes in the factory's brick walls to reach victims inside. At the morgue, bodies were lined up on a hallway floor, covered with white sheets.

Raja Pervaiz Ashraf, Pakistani prime minister, in a statement expressed his shock and grief over the deaths in both cities. not very many photos on this yet

Ya, I've been checking since it happened and aside from the one crispy hand, I don't think we'll see more come out. 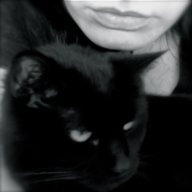 Just too many people not giving a fuck. Worried about a dollar and not a life,

its too bad. i hope some of the taliban or alqueida had family who worked there and lost them in that fire.
no shortage of sheets for the dead bodies though! 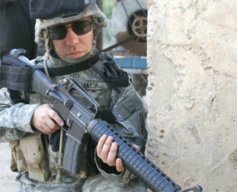 They meet "the" allah. Some imaginationman who fucks kids