LEAWOOD, KS — An innocent family was terrorized by a paramilitary SWAT raid on their home that lasted 2.5 hours; yielding nothing. It took the family 2 years and $25,000 to discover the real reason their house was targeted: discarded tea leaves in their garbage and the purchase of indoor gardening equipment.

‘You’re in the wrong house!’
Robert and Adlynn Harte discovered how easily an innocent family can become the targets of state-sanctioned violence when a SWAT team showed up at their home looking for contraband. The terrifying experience took place at 7:30 a.m. on April 20, 2012.

“It was just like on the cops TV shows,” Mr. Harte told the AP. “It was like ‘Zero Dark Thirty’ ready to storm the compound.”

“It was just like on the cops TV shows. It was like ‘Zero Dark Thirty’ ready to storm the compound.”
The Harte home was surrounded by paramilitary police. There was a sudden pounding at the door, which Robert quickly answered. If he had delayed opening the door, a man carrying a battering ram was prepared to breach the front door.

Robert was pushed to the floor and made to clasp his hands behind his head as strange men poured into his home. Rifle-toting, armored troopers stood over him with rifles screaming, “Where are the children in the home?”

The Hartes’ 7-year-old daughter and 13-year-old son had both been sleeping in their bedrooms, and were “shocked and frightened” as they were shuffled into the living room and made to watch as the invaders snooped through their belongings.

Johnson County Sheriff’s deputies and police canines tore through the family’s living space for 2.5 hours. They took interest with the Hartes’ indoor garden, which was a family project to grow vegetables such as tomatoes, squashes, and melons in the basement.

The Hartes said that the deputies “made rude comments” and implied their son was using marijuana. Yet the deputies left empty handed. A receipt was left, saying “no items taken.”

‘Operation Constant Gardener’
The Hartes had no idea why they had been targeted. They were not involved in any illegal activities and had impeccable records — good enough to pass the rigorous background checks to get clearance with the Department of Defense.

The department would not give them any answers about the raid, only that they were looking for narcotics. No records were provided willingly.

“We were chosen more or less at random for this drug raid and we were like ‘what do you mean we can’t get the records? They raided our house,” Addie explained.

The family was forced to sue the department to get any answers about the incident — a year later. Documents later showed that their hydroponics equipment that had played a role in attracting the attention of SWAT. The police believed they were growing the forbidden cannabis plant inside their home using grow lights and hydroponics.

The couple discovered that the raid even had a name. It had been a part of “Operation Constant Gardener” — a drug sweep conducted by multiple police agencies in the region.

“With little or no other evidence of any illegal activity, law enforcement officers make the assumption that shoppers at the store are potential marijuana growers, even though the stores are most commonly frequented by backyard gardeners who grow organically or start seedlings indoors,” the couple stated in a lawsuit. 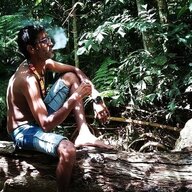 how can you hire someone in the enforcement unit when you cannot differentiate between marijuana and tea leaves? 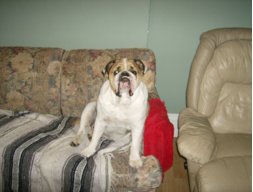 He hit the lottery. The lawsuit should should take care of all his troubles.

don't know if anyone has ever watch that tv show the follow these guys,but they absolutely destroy every house they go to. 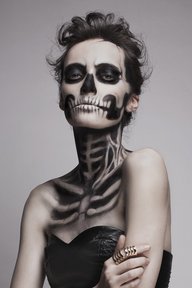 When did this happen?

LilyCuster said:
When did this happen?
Click to expand...

Xploit Machine said:
how can you hire someone in the enforcement unit when you cannot differentiate between marijuana and tea leaves?

They probably just said that. The real reason was probably they harassed the hydro store owner so much and so badly that he finally gave credit card info from customers to them. Or they found a way to subpoena records from the place. That would be my real guess.


kevin kirk said:
don't know if anyone has ever watch that tv show the follow these guys,but they absolutely destroy every house they go to.
Click to expand...

Some are nicer than others I guess.. but when they came a'knockin at a friends, his older brother, crippled from the chest down from a car accident, almost got ripped out of his wheelchair, after they couldn't "get his arms behind his back". Full movie style shit, ski masks, assault rifles, the whole 9 yards. My friend wasn't even there, they made his brother call him and tell him unless he was back in ten minutes, that they'd arrest him instead and try to seize everything, including the chair.

I think that the police sometimes get high on their own fuckin supply.

Super Moderator
Lovinight please stop posting this shit in World News. This section is more appropriate.
You must log in or register to reply here.
Share:
Email Link
Top