NIAGARA FALLS, Ont. - Police say a woman's torso has been recovered from the lower Niagara River in Niagara Falls, Ont., near the Rainbow Bridge.

Passersby spotted the body — without a head or limbs — floating in the river and alerted authorities on Wednesday.

The torso was as sent to Hamilton General Hospital for an autopsy and police say it has been confirmed that the woman was the victim of a homicide.

Investigators and forensic experts say the torso is not related to the Peel police investigation involving the slaying of Toronto woman Guang Hua Liu.

Police say the woman was white, middle-aged, with a pierced navel and at least one caesarean section scar.

Anyone with information is asked to contact the Niagara Regional Police.
OP

NIAGARA FALLS, Ont. - Police in Ontario ended a search Saturday for more body parts after the grisly discovery of a woman's torso in the Niagara River.

Niagara Regional Police say they have completed their search of the whirlpool to the Niagara Falls.

Investigators are calling it a homicide, but say it has been difficult to determine where exactly the torso may have entered the water and where the crime scene may be located.

Passersby alerted authorities Wednesday after discovering the floating torso in the river.

Preliminary post-mortem results indicates the torso belongs to a Caucasian woman between 20 and 40 years old.

The examination also indicated the woman had a pierced navel and at least one caesarean section scar.

It's believed the torso had been in the water for four to 10 days before it was found and police hope to find more of her remains to help identify her.

Meanwhile, police in the Toronto-area are still looking for a number of body parts — including a torso — belonging to Gua Huang Liu.

The 41-year-old single mother's head and limbs were found in Mississauga and Toronto in the mid-August.

Her estranged boyfriend, Chun Qi Jiang, has been charged with second-degree murder in connection with the death and he is to next appear in court later this month.

Niagara police say this latest discovery is unrelated to the Liu case.

TORONTO - Police in Toronto say a torso found in a suitcase has been identified as that of a woman whose remains were found in various places in the Toronto area last month.

Boaters located a suitcase floating on Lake Ontario on Wednesday off Bluffer's Park in east-end Toronto.

Police say an autopsy conducted on Thursday on the badly decomposed torso positively identified the remains as those of Guang Hua Liu.

Some of the 41-year-old woman's body parts _ but not her torso _ were found last month in a ravine in east Toronto and a park in Mississauga, Ont.

Liu's estranged boyfriend, Chun Qi Jiang, 40, was arrested Aug. 26 and charged with second-degree murder in what police say was a domestic-related homicide.

Liu was reported missing on Aug. 11, one day after her friends dropped her off in front of a now-defunct spa she owned in east Toronto.

On Aug. 15, her right foot was found in the Credit River in Mississauga, about 45 kilometres west of her home.

Liu's head and hands were later discovered in the same river in the Hewick Meadows Park area.

Days later, two calves, a thigh and an arm were found in West Highland Creek, just blocks from where she lived.

Forensic tests determined all the remains belonged to Liu, but police still do not know how she died.

Toronto police say the investigation has been turned over to the Peel Regional Police Service homicide squad.

Clearly when you find a torso in a river, you need to confirm it was a homicide and not a suicide.... 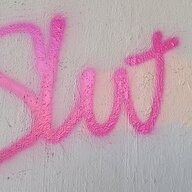