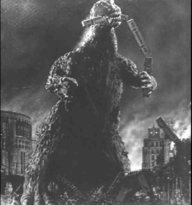 Mexican police said a Cuernavaca man they arrested on charges of assault and kidnapping had confessed to killing more than 100 people. Jose Castillo, chief prosecutor of central Morelos state, told a news conference that police arrested Fernando Hernandez, alias "Pancho Lopez." Castillo said he was unaware of any criminal who had a more violent record in Mexican history.
Hernandez also appeared at the news conference, telling reporters: "I committed about 100 homicides and six kidnappings." Castillo said police in four different states had sought the man they knew as "Pancho Lopez" in connection with 38 slayings and dozens of violent assaults and kidnappings. "I killed them because I had to," Hernandez added. "I don't know how to do anything else."
On April 4, a criminal court judge in Cuernavaca, 35 miles south of Mexico City, ordered Hernandez Leyva held over for trial along with three alleged accomplices on several murder, robbery and kidnapping counts. Hernandez Leyva is suspected in 137 killings, six kidnappings and several robberies in Mexico City and the states of Morelos, Jalisco, Colima, Guanajuato and Michoacan.
The 36-year-old suspect told reporters that he is innocent of most of the charges. He admitted to kidnapping a journalist in Jalisco and to killing of a police officer. Hernandez Leyva said judicial police officers had beat him and threatened to rape his wife and take away his children unless he confessed to the crimes. Authorities made no comment about his allegations.
When Leyva was transferred to a state prison after crowds of victims' families in Cuernavaca called for his blood. "We want to lynch him," said Joel Uribe Landa, one of about 50 people gathered outside the Morelos state prosecutors' office, where Hernandez Leyva was taken for questioning before being transferred to the state prison. The unusually heavy police detail present during the transfer served a double purpose: to protect the suspect from angry protesters and to make sure he didn't escape, as he has done at least twice over the last 13 years.
Prosecutor Jose Leonardo Castillo Pombo said Hernandez Leyva is a suspect in kidnappings, robberies and as many as 135 murders in five southern Mexican states. Castillo Pombo said he opposed the death penalty, but added that "if the country is legally prepared to apply it, Mexicans should hold a referendum, so that public opinion can decide."
As evidence rolls in from prosecutors in outlying states, the number of potential murder charges against Hernandez Leyva continues to rise. Eleven more murder investigations forwarded by prosecutors in western Jalisco state name him as the prime suspect, bringing the caseload to 33 in four days. But under Mexican law -- in which sentences are served concurrently -- the most Hernandez Leyva is likely to face is a sentence of 50 years in prison, with time off for good behavior.
Hernandez Leyva was arrested in 1982 in Cuernavaca, 35 miles south of Mexico City, on robbery charges but escaped from jail by tunneling through a wall. He was arrested again on suspicion of murder and robbery in 1986, but again escaped from Mexico City's Western penitentiary. Morelos state officials have applied to the federal government for him to be transferred to a maximum security federal prison.
On April 12 Leyva attempted to hang himself in his jail cell. The confessed serial killer, who weighs about 300 pounds, used a rope to try and hang himself from cell bars, but the rope broke and he suffered only abrasions on his neck. A police psychological exam of suspect released earlier concluded that Hernandez Leyva is a "psychopath" who murdered for "personal satisfaction."
A

now that's my type of husband

What are the sources for this information? 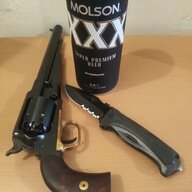 Now that his identity and presumably his face too, has been outed, all the authorities have to do is just tip him back onto the streets. No more than a few hours will pass before someone puts a dozen holes through his chest to earn street credit. That is just how it works in those places.
You must log in or register to reply here.