I blame this on the Jewish media bosses. If the masses actually knew how blacks behaved instead of being lied to constantly, not one single White would ever be crazy enough to let a black even on his front lawn without putting a hole in him.

Investigators have located several tools believed to have been used to rip open a safe stolen from the home of Shirley and Robert Marchand. Police say the tools were found inside an SUV registered to Devon James, one of the men arrested earlier this week.

The SUV was found at James' girlfriend's home in the Baker-Zachary area. Police say the girlfriend is not being charged.

Michael Aikens, Rolondo Stewart, Travis Moore and Bernard James are all charged with murder, armed robbery and burglary. They were arrested Tuesday morning. Investigators believe the four men went into Robert and Shirley Marchand's home in Gonzales and killed the couple and Shirley's son Douglas Dooley.

The Marchands and Dooley were found with their throats slashed, and there were no signs of forced entry into the home. Detectives believe a fifth person, Devon James, helped the other suspects make away with an estimated $500,000 in coins that were locked away in a safe inside the home.

Your life could use some color.

DurbanPoison said:
Your life could use some color.
Click to expand...

I see some things never change. Niggers will act like niggers and Durban will continue to shitpost. 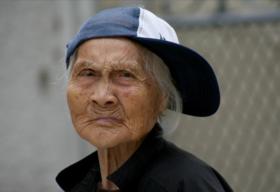 and Dirtbag will continue to... who?

you got another ten posts till you disappear. so suck it up. hooar. thnx