Chicago, Illinois. US.- Five suspected members of the cartel "Los Zetas" were captured in Chicago accused of drug trafficking between Mexico and the city, informed the Office of Illinois.

A Justice Department statement said the detainees are suspected of transporting millions of dollars that are part of a group of 20 dealers caught during an operation in Chicago and Laredo, Texas.

The group was responsible for transferring cash to the border, process it and hiding it in vehicles.

The statement added that during a series of raids in Chicago, DEA agents and FBI were able to seize $ 12.4 million in cash and approximately 250 kilograms of cocaine.

This is the first time that members of "Los Zetas" are arrested and prosecuted in Chicago, Illinois prosecutors said.

Id like to see squads of men just capturing them. Then lining them up and shooting them.

five low level cash mules arrested = 300 of their friends, relatives and pets brutally tortured and murdered back in Mexico..........sweet!

they keep killing their members,noone is going to want to be their friend and theyre going to have to do the dirty work themselves!

mrln said:
they keep killing their members,noone is going to want to be their friend and theyre going to have to do the dirty work themselves!
Click to expand...

Beaners arent too good at thinking ahead like that,though. 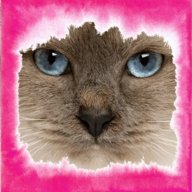 there doing something right I should be so smart lucky to have a fifth of the millions they make
You must log in or register to reply here.
Share:
Email Link
Top