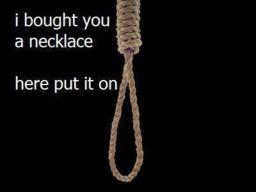 People in F..king, Austria, consider changing town's name
Shakespeare said, “a rose by another other name would smell as sweet.” The residents in a small village in Austria with the unfortunate name of F**king think a place that’s called any other other name would get less offensive treatment.
Moves are now afoot to change the village name to something less distinctive.
“The only problem is that we need all of the F**king residents to agree to the name change,” Mayor Franz Meindl said –speaking literally, you can assume, and not colloquially, in a recent TV interview. “Everyone needs to agree for it to happen.”
F**kingers — there are only 104 of them — have tired of the giggles and endless jokes that follow the mention of their village, which is properly pronounced Fooking.
“When you order something from a catalog, for example, and you give the address, there’s snickering, always snickering,” said Jo Lindlbauer, who runs Gasthof Lindlbauer, the only B&B in town, and who has endured such reactions all his life.
Not everyone in this picturesque village, whose name is apparently derived from Focko, an old Bavarian nobleman, wants its name changed. “It is ridiculous. We don’t suffer because of the name,” a F**king female resident said before she hung up the phone.
Changing the name might end the random telephone calls which recipients don’t as amusing as the people who are making the calls. “The phone calls are really the final straw,” British press quoted Mayor Meindl as saying.
Plus, their road signs keep disappearing. Municipal officials confirmed to ABC News that village signs were regularly stolen no matter how firmly they are anchored in concrete.
Changing the name was voted down in 1996, despite problems caused by American servicemen from across the border in Germany who regularly drove to the region just to be photographed in front of signs.
Lothar Lerch, who has highlighted F..king for website Virtual Tourist, recommends a road trip from Kissing, Germany to F..king, Austria. A direct route from Kissing to F,,king, he says, takes just over two hours, but he advises a scenic route including stops in Petting or Tittmoning.
The town of Effin, Ireland, can sympathize. Its residents found that Facebook was suspicious of the name and wouldn’t allow it to be listed

Fucking silliness
You must log in or register to reply here.