Natural gas leaking from an underground main traveled into a New Jersey house, built up in its basement and exploded when it came in contact with an open flame from an appliance, investigators said.

Tuesday's blast leveled the house and injured 15 people, one of whom remained in critical condition a day later.

Utility service was being restored in the area, although many who live close to the explosion site were without heat Wednesday morning.

"I got a wall that's blown in the back, I've got ceiling coming down in one of the bedrooms, door frames blown out, can't close my back door, there's no heat," said Lyn Thomas, who lives across the street from the blast site. "Fortunately, the pipes aren't frozen yet. If the gas company doesn't get here pretty soon, they will."

The Ocean County Prosecutor's Office said the most likely source of the explosion in Stafford Township was a pilot light from a hot water heater or furnace, or a spark from a thermostat.

The agency said gas leaked from a 2-inch main in the street in front of the house, traveled along a water pipe into the unoccupied house's basement, and exploded when the flame or spark touched it.

Al Della Fave, a spokesman for the prosecutor's office, said the extent of the damage made it impossible to say which appliance touched off the blast.

A police car's dashboard camera recorded a fireball followed by a downpour of debris. Homes and businesses more than a mile away reported varying degrees of damage from the blast, which knocked several firefighters and emergency medical technicians off their feet.

Insulation and wood fragments remained tangled in treetops near the blast site.

Police, fire and gas company workers had advised neighbors to evacuate due to a heavy gas smell in the area, and utility workers were attempting to access the underground line when the explosion occurred at 10:32 a.m.

Authorities identified the most seriously hurt worker as Dean Barnett, 47, of Stafford Township, an employee of New Jersey Natural Gas Company. He was airlifted to a trauma center in Atlantic City, where he remained in critical condition Wednesday. A second hospitalized worker, Ed Jones of Marlton, improved somewhat and was no longer on the critical list Wednesday.

Stafford Police Capt. Thomas Dellane said all the firefighters and EMS workers who were taken to hospitals with concussion-like symptoms after the blast have been treated and released.

Paul Deforrest lives a block away and said he felt the force of the blast.

"It was a tremendous explosion — really, really tremendous," he said.

Della Fave said several residents in the neighborhood refused or hesitated to evacuate when first asked to do so before the explosion.

"People have to realize the extreme danger that can be posed from natural gas leaks," he said. "If a police officer or fireman asks you to evacuate, you need to leave, right then. There's a real danger."

This was awesome to see. Wish the dash cam was closer to the house. 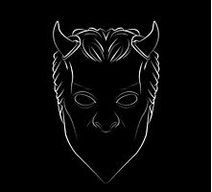 Reminds me of the south, all the methheads that would blow themselves up.

Awesome vid though.
You must log in or register to reply here.