A COMPUTER programmer in the Ukraine has been accused of eating his own grandmother alive.

Sergei Zhmaryov, 26, cut up the 60-year-old woman with a shard of broken mirror and mutilated her face, said shocked police.
Cops said the alleged attack by Zhmaryov — known to neighbours as a religious fanatic — was a ritualistic killing.
One police source said: "All this time she was conscious and tried to escape, screaming."
To stop the cries for help the grandson then allegedly sliced off her tongue — and ate that as well.
Eventually his grandmother Lydia — who lovingly raised him as a child after his parents split — died from her devastating wounds.
Police in Simferopol, Ukraine, had to pump gas into the flat to subdue and then arrest the alleged killer.
When he was arrested Zhmaryov was dressed only in his underpants, holding a cross and chanting prayers.
Police believe he may have been conducting a perverted 'funeral service' for his grandmother.
Local police chief Olga Kondrashova in Simferopol said: "We can only confirm that a 26-year-old man was arrested on suspicion of murder.
"I can add that this murder was committed with particular cruelty. We cannot disclose further details in the interests of the investigation."
Zhmaryov admitted to smoking cannabis before his frenzied attack.
He is expected to face murder charges and could be jailed for up to 20 years. wino;18705 said:
When he was arrested Zhmaryov was dressed only in his underpants, holding a cross and chanting prayers.
Click to expand...

I knew you had a heart ^

how do u know?

Zhmaryov admitted to smoking cannabis before his frenzied attack.

note to self - avoid the russian cannabis as well

When you said 'eats his grandma' I thought of something else. :badtaste:
OP

and why would you say that after your "holiday" ?

Just thought you may have taken the right drug but got on the wrong plane and ended up at the wrong room. . . . .your displeasure woz the end result. ?


Or should we be waiting for something from Spain ?

What are you on about.
OP

I ate a gramma a couple of times too....ain't no biggie, just blow the dust off and sweep away the cob webs and there it is..taco city.

psshh russians..just a look at his face i can tell he's a russian cannibal that eats his grandma and he's also a geek.
OP

Russians. They are weirdos. Aren't they Clip?

What in the hell do they put in there weed there????

what would jesus do 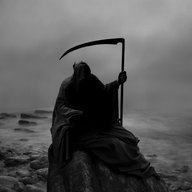 guess he was craving dried fruit.
You must log in or register to reply here.
Share:
Email Link
Top