Saskatchewan has adopted a new, greener burial method. Will the ‘ick factor’ keep it from catching on?

When a loved one dies there are usually two options: burial or cremation. Saskatchewan has added a third to the list that’s been billed as a greener way to dispose of the dead. For those wanting to keep track of their environmental impact into the afterlife, the carbon footprint of the process is 90 per cent less than that of flame cremation. And no chemicals are released into the air.

The procedure, called alkaline hydrolysis, uses a machine to immerse the body in a solution of water and an alkaline chemical—otherwise known as lye. The water is heated and machines add pressure. Over two to 12 hours the body disintegrates, leaving behind two by-products: bone fragments, similar to the ashes from flame cremation, and a sterile liquid solution, which, if the local municipality permits, can be flushed down the drain.

While the Funeral and Cremation Services Council of Saskatchewan has approved alkaline hydrolysis, no one has installed a machine yet, says chairman Todd Lumbard. “People don’t know much about it, so they’re not demanding it,” he says. There’s also the question of the “ick factor,” as one Saskatchewan funeral director told CTV News.

A common criticism is that pouring the liquid remains into a sewer system is disrespectful and could pose a health hazard. But proponents point out the resulting liquid solution is treated and harmless, and can alternatively be used as garden fertilizer. Also, cremation was once illegal and widely considered taboo until the 1970s.

While the process hasn’t caught on in Canada, some funeral homes in the United States offer alkaline hydrolysis. Mark Riposta, a funeral director who owns three funeral homes in Maine, installed an alkaline hydrolysis unit in March and plans to add another. While these systems cost three times as much as a flame cremation unit, the cost per use is lower, and Riposta sees the environmental benefits as something that will change the industry over the next decade. “People are afraid of the unknown,” he says. “When they have a chance to actually see that the cremated remains are exactly the same as the cremated remains that come out of flame, only there’s none of the greenhouse gases, or environmental impact, it’s amazing. I’m not a tree hugger, but this is the right way to do this.”

Suzanne Scott, executive director of the Funeral Services Association of Canada, is cautious. Options exist for customers to minimize their environmental footprint, such as caskets made using only organic material, and “green” cemeteries that don’t use grave markers. There is also the problem of getting municipal permits for the new process. “What ends up going down into the sewer, and how is that handled?” asks Scott. “Each individual region has to deal with that.”

hmmm...i still say throw me down the hill and let the varmints ha their fill

i wonder how some religions feel about this.

I don't think claiming you are a sterile liquid makes much of a difference when you end up in a waste treatment center holding tank with piss, shit and dead goldfish. It's all pipes. I'll call a plumber right now.

Vlad the Impaler had the right method! Fat crows all round! Short Bussed
Why not just stick me in the fucking washing machine with the chemicals while your at it? Does it really matter??
Environmentalists..even trying to tell me what to do when I am dead. 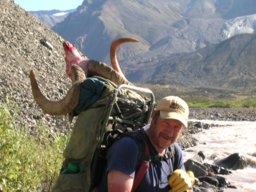 I am going to be buried at sea,,probably in this Lake I live on!
You must log in or register to reply here.
Share:
Email Link
Top