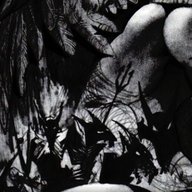 Western governments, including the United States, appear to be stepping up efforts to censor Internet search results and YouTube videos, according to a "transparency report" ​
released by Google.​
​
"It's alarming not only because free expression is at risk, but because some of these requests come from countries you might not suspect -- Western democracies not typically associated with censorship," Dorothy Chou, a senior policy analyst at Google, wrote in a blog post on Sunday night.​
​ "For example, in the second half of last year, Spanish regulators asked us to remove 270 search results that linked to blogs and articles in newspapers referencing individuals and public figures, including mayors and public prosecutors. In Poland, we received a request from a public institution to remove links to a site that criticized it. We didn't comply with either of these requests."

Overall, Google received 187 requests from United States law enforcement agencies and courts to remove content from its Web properties from July to December, up 103% from the 92 requests the Mountain View, California, company received in the previous reporting period.
In one incident cited in the report, a U.S. law enforcement agency asked Google to take down a blog that "allegedly defamed a law enforcement official in a personal capacity." The company did not comply with that request.

In another, a separate law enforcement group asked Google to take down 1,400 YouTube videos (Google owns YouTube) because of "alleged harassment."

And in Canada, the passport office asked Google to delete a YouTube video "of a Canadian citizen urinating on his passport and flushing it down the toilet," according to the report.
The tech company did not oblige either of those requests but did comply at least in part with 42% of the removal requests from the United States in the last half of 2011, the report says. That number is down considerably compared to previous reports; In the latter half of 2010, for example, Google said it complied with 87% of U.S. requests to remove content.

It's nice of them to be openly talking about this, but let's face the facts. The below is just in the US, UK and Europe.

In the United States, Google commonly censors search results to comply with Digital Millennium Copyright Act-related legal complaints,[102] such as in 2002 when Google censored websites that provided information critical of Scientology.[103][104] Furthermore, in February 2003, Google stopped showing the advertisements of Oceana, a non-profit organization protesting a major cruise ship operation's sewage treatment practices. Google cited its editorial policy at the time, stating "Google does not accept advertising if the ad or site advocates against other individuals, groups, or organizations."[105] The policy was later changed.[106]
In the United Kingdom, it was reported that Google had 'delisted' Inquisition 21st century, a website which claims to challenge moral authoritarian and sexually absolutist ideas in the United Kingdom. Google later released a press statement suggesting Inquisition 21 had attempted to manipulate search results.[107] In addition, in April 2008, Google refused to run ads for a UK Christian group opposed to abortion, explaining that "At this time, Google policy does not permit the advertisement of websites that contain 'abortion and religion-related content.'"[108] The UK Christian group sued Google for discrimination and as a result in September 2008 Google was forced to change its policy and anti-abortion ads came alive.[109] In Germany and France, a study reported that approximately 113 White Nationalist, Nazi, anti-semitic, radical Islamic and other websites had been removed from the German and French versions of Google.[110] Google has complied with these laws by not including sites containing such material in its search results. However, Google does list the number of excluded results at the bottom of the search result page and links to Chilling Effects for explanation.[111]
As of January 26, 2011, Google's Auto Complete feature will not complete certain words such as "bittorrent", "torrent", "utorrent", "megaupload" and "rapidshare".[112] In addition, swears and pornographic words are not completed. However, they are not censored from actual search results.


simkin said:
And in Canada, the passport office asked Google to delete a YouTube video "of a Canadian citizen urinating on his passport and flushing it down the toilet," according to the report.
http://www.cnn.com/2012/06/18/tech/...-report/index.html?eref=igoogledmn_topstories
Click to expand...

A
How FBI tracked hushpuppi through his google account

Kansas man asks judge to let him engage in sword fight with ex-wife, her lawyer