A few subjects he writes about:

• The CIA’s secret assassination manual and experiments to control human behavior with hypnosis, drugs, and other methods.
• The military’s Operation Northwoods, a chilling attempt by the Joint Chiefs of Staff to stage a terror attack on our own citizens and make it look like Cuba was behind it – using a hijacked airliner, no less!
• After President Kennedy was trying to get our troops out of Vietnam, the military faked the Gulf of Tonkin attacks in order to expand the war.
• Our chemical and biological warfare capability back in 1969, leading you to wonder about the real origin of things like AIDS and lyme disease.
• The CIA’s “Propaganda Notes” designed to shore up the Warren Commission’s lone-gunman conclusion.
• How the Bush White House stole the presidential elections in 2000 and again in 2004.
• The “Stand Down” order that kept our military from responding on 9/11.
• Evidence that Building 7 was taken down by a controlled demolition.
• The role of insider stock trading in advance of 9/11.
http://piersmorgan.blogs.cnn.com/20...-what-the-government-doesnt-want-you-to-read/

Short Bussed
Sorry, haven't had my morning coffee yet.

Short Bussed
Nevermind, it's still bloody boring if you ask me.
OP

Yeah, not everyone's cup of tea, I know

So anyways the Gestapo Homeland Security censored his TV show, it's that boring - forced him off the air.
I love it when a former insider exposes corrupt fucks

...as the saying goes: the deeper you bury shit in the dirt, the bigger the shitplant later on.

should be an interesting book. i better buy it before they pull it off the shelves!

Jesse's first book was a great read as well. 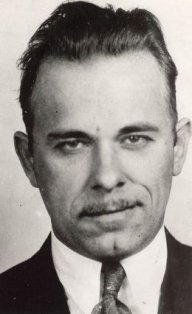 Peirs is a turd, he shoud talk we know where he stands posting fake terrorist that were actually brittish agents. The reason he was fired.

Wait wait wait.....Jesse can read AND write? Damn, all this time I thought his talent was just in reading....
OP

Dewkster said:
Peirs is a turd, he shoud talk we know where he stands posting fake terrorist that were actually brittish agents. The reason he was fired.
Click to expand...

He does suck. I never watched his show, I was interested in what Jesse had to say. Morgan never had an original thought in his life.
OP

Decent60 said:
Wait wait wait.....Jesse can read AND write? Damn, all this time I thought his talent was just in reading....
Click to expand...

His real talent is kickin ass and takin names

Dewkster said:
Peirs is a turd, he shoud talk we know where he stands posting fake terrorist that were actually brittish agents. The reason he was fired.
Click to expand...

You got that a bit wrong, he printed faked pics of british soldiers abusing iraqi prisoners. Apparently at the time he was told there was no way to tell if the pics were genuine and that he should hold off till facts could be checked, but he printed them anyway. The guy should have went to jail for increasing the risk to british service personell.

So basically he published info that is common knowledge at this point?
You must log in or register to reply here.
Share:
Email Link
Top