Juha Veikko Valjakkala is a Finnish murderer convicted of the triple murder of a family in the northern Swedish community of Åmsele. The series of events that led to the murders began when the 22-year-old Valjakkala was released from a prison in Turku on May 1, 1988, after which he started wandering through Sweden and Finland with his 21-year-old then-girlfriend Marita Routalammi.


On July 3 they arrived in Åmsele. After nightfall Valjakkala stole a bicycle. He was pursued by the owners, Sten Nilsson and his 15-year-old son Fredrik. The chase ended at a cemetery where Sten and Fredrik Nilsson were both shot by Valjakkala with a shotgun. Later Sten’s wife and Fredrik’s mother, Ewa Nilsson, went looking for the two, was chased into the woods and had her throat slit by Valjakkala outside the cemetery. Valjakkala and Routalammi were caught in Odense, Denmark just over a week later.

At the trial the two defendants blamed each other for the murders, but the court believed Routalammi’s story. A psychiatric evaluation found both to be mentally competent for trial. However, the statement by a forensic psychiatrist found that Valjakkala suffered from a psychopathic personality and was very aggressive. Conviction for the murders was his 12th criminal conviction.

Valjakkala was given a life sentence on three counts of murder, while Routalammi received two years for complicity in assault and battery. Routalammi was released after serving half of her time, and Valjakkala was transferred to Finland to serve out the rest of his sentence.

Valjakkala tried to escape from prison in 1991.

In April 1994 Valjakkala fled the Riihimäki prison in Finland where he was being held. He took a teacher as a hostage, but he was apprehended nearby and the hostage escaped the situation unscathed.

In 2002 he escaped from Pyhäselkä prison and traveled to Sweden with his wife, and was captured after a large police operation in Långträsk. Upon returning to prison after the 2002 escape he tried to commit suicide by hanging himself in his cell.

His next escape in 2004 from Sukeva prison lasted only 19 minutes and reached less than 1 km from the prison walls.

Just after midnight on November 28, 2006, Valjakkala escaped for the fourth time, this time from the labor prison in Hamina. He was captured on the evening of November 30, 2006, by police Readiness Unit Karhuryhmä in Maunula, Helsinki. Police assaulted the apartment which was suspected to be Valjakkala’s hideout. Valjakkala was captured without resistance. After the incident Valjakkala went back to closed prison.

Having served 19 years in prison, Fouganthine was due to be released on parole on July 1, 2008.

Fouganthine was released on February 25, 2008. He was arrested again on April 12, 2008, for breaking his release terms. He is likely to face charges for, among other things, endangering the traffic, stealing a vehicle and driving a vehicle without a licence and driving an unlicenced taxi. Valjakkala has admitted to the above.

Fouganthine and his wife Alexandra married in May 2008.

In December 2008 the Supreme Court of Finland decided that he would be released with a suspended sentence on February 2009. Fouganthine was paroled again on February 2. In a recent interview he revealed that he is currently writing an autobiography.

Well, He was NOT very good at escaping now was he???

I wonder just how long he will last on the outside this time? Busy little fellow now wasn't he? Cheeky little bastard too! I just want to smack that smug look off his punk ass face!

NightMare said:
I wonder just how long he will last on the outside this time? Busy little fellow now wasn't he? Cheeky little bastard too! I just want to smack that smug look off his punk ass face!
Click to expand...

Me Too! You smack one side and I'll smack the other! 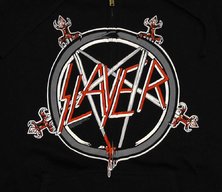 "You raped and killed and entire family? You only have to spend 15 years in jail" 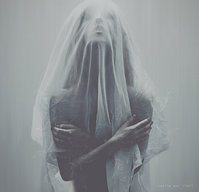 His given name is like the sound of hacking up a lougie.

"You raped and killed and entire family? You only have to spend 15 years in jail"
Click to expand...

15 years in Finland is a lot. Usually from rape or murder you might get... weeell... i'd say 2-5 years. If youre a first timer, you'll sit half of it. And ofc in parole after a year or less. Go Finland 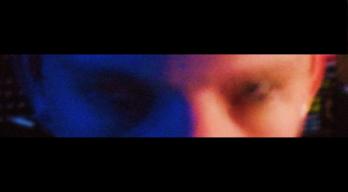 Damn I hope I ever find my LUNAGIRL!
You must log in or register to reply here.
Share:
Email Link
Top