Look what they found right at the Texan/Mexican border! (1 Viewer)

Look what they found right at the Texan/Mexican border!

"omg they are just poor Mexicans looking for a better life!!"

Where was our news media? Where was our president and congress? Why does the official move from Washington go against American private citizens and their guns, and not an all out war against the drug cartels using fully automatic military weapons, hand grenades, launchers and machineguns? Why is the president pushing for an international gun law that will bring registration and finally gun control to we American citizens? Who is for free and lawful American citizens? Where are our statesmen? Where are our patriots and where are champions for the Constitution and freedom and safety of American citizens?

This is not a false cry of Wolf! Wolf! The wolf is already ravaging the sheepfold. Until now we are acting like sheep and are in great danger of losing the greatest treasure on earth: freedom and opportunity for us and our children and grandchildren. WAKE UP AMERICANS!

Look what they found near the Texan/Mexican border! This will open your eyes & make you think! What are they planning?

A PRIME example of why we MUST support our neighbors in Arizona, and bolster the Texan border. This was a Zetas camp (a Mexican cartel w/ Guatemalan ties) that was found near Higueras, Nuevo Laredo, Mexico. The "state" of Nuevo Laredo borders the Rio Grande, and this town is a little over 100 miles away from Laredo, TX. Please forgive the crude translations; my Mexican Spanish isn't that great. -J.

Exactly where did you hear about it in OUR media? Thank God for the border patrol that this did not come over the border. There is one "graphic picture" but it tells the story.

Let's quit trying to decide who is violating our federal laws "to make a better life", and ENFORCE the laws across the board on EVERYONE violating them.

That way we won't have to lament or wonder just how many of the illegal aliens legalized (synonymous with rewarded) under the latest attempt to legislate away the millions who have spit on our laws, are MS-13, Zetas, cartel members, and other scum that would be "legal". There are many Hispanic men and women that I both love and respect that understand and support Arizona and any citizen's desire to keep our country a safe place to live and raise our children and grandchildren. It's not racist, and it's not xenophobic. I hope we can ignore and recognize the majority of the naysayers for the photo-op, attention-loving clowns they are, and start coming together as AMERICANS that want what's best for AMERICA !

the state-run media, i.e. cbs, nbc, abc, cnn, etc. will not cover stories like this and if they did they would find a way to blame all those weapons on americans coz we are bad. we're bad.

drug cartels have as much right to defend themselves against the evil government as the mititias do. besides, where would half this forums' members get their drugs if these cartels weren't so nice to provide the goods.

Holy Shit ! the Z symbol is that the Zeta mobs crest type thing ? 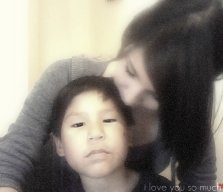 We should have locked down the border 1o years ago.

Getting catapulted over the border. Getting stolen by crooked federal agents. Getting backpacked across the desert into the USA by "poor migrant workers".

Is anyone really surprised?

What is the most concerning factor is, that the Zeta's aren't your run of the mill gang, they are well trained ex-military types. These aren't your typical can't shoot for shit gang members. They have lots of weapons and they know how to use them effectively.
You must log in or register to reply here.

The Tombs That Bind Us Pt.1