Man shoots his dick off with girlfriend's gun.

Police are very well informed about this gunshooting [/sarcasm]

CHANDLER, Ariz. — A suburban Phoenix man is recovering after police say he accidentally shot himself in the penis while putting his girlfriend's gun in the waistband of his pants.

Chandler police say 27-year-old Joshua Seto and his fiancée, Cara Christopher, were walking toward a grocery store when the shooting happened last week. The gun fired, striking Seto's penis and continuing through his left thigh.

The Arizona Republic reports (http://bit.ly/oEjass ) a 911 operator told Christopher to apply direct pressure to the wound with a dry towel or T-shirt.

Chandler Police Detective Seth Tyler was unsure of the type of gun, or whether it had a safety that was off. He also says it's unclear if Seto has been released from the hospital or suffered any permanent damage

In the wake of the shooting, Tyler warned residents to use holsters, not waistbands, if they're going to carry a handgun.
Click to expand...

Almost deserves it. You don't carry a gun like they do in the movies. You learn about the gun, how it works, its safety features, and you buy a damn holster.
OP

aRyan said:
Almost deserves it. You don't carry a gun like they do in the movies. You learn about the gun, how it works, its safety features, and you buy a damn holster.
Click to expand...

I've carried a gun in the back of the pants, with the safety on, just because the holster broke, but never in the front.
Two things about this story come to mind:
#1: Why did his girlfriend have a gun on her anyways?
#2: Why were they going the grocery store with a gun?

Aryan was actually too kind on this one. The idiot owns this one 100%. There is no reason to carry a gun like that. I usually shove mine in the back when coming out of the house and getting in my car, since I find it uncomfortable to drive with it on my waist. Otherwise, it is always on my waist in the holster.

i put mine in the gunrack in my back window of my pick up truck.

sad he didn't try to put it behind his ear

Super Moderator
I usually carry my shotgun slung over one shoulder, the only problem I have with that is if I turn round too quickly I tend to knock old ladies round the head with it. Personally, I couldn't imagine going on my weekly trip to to Tesco without it, you never know who's going to try and trolley rage you.

rosie can be so god damn sweet when she wants to be cant blame the trolley rage dem bitches are mean old fucks ... 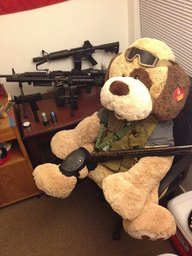 Almost everyone here have guns damn, did they broke up? 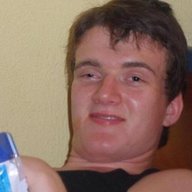 Ha, he went and shot his dick off. Sounds like a story you tell your grand kids...oh wait never mind.

i find this hilarous, but he needs to get a vesictomy because we don not need idiots like this around

Reminds of that song from Butthole Surfers....Avalanche......bullet only got his leg while it should had been a better shot and got him in his head!!!!!! Oh well next time maybe it will......wtf was he doing going to a grocery store with a gun? Gonna hold it up, flash it to imtimidate the clerk or just to look all gangsta........idiots

LMAO!!! that made me spit out my pop
You must log in or register to reply here.
Share:
Email Link
Top