VANCOUVER — One of Canada’s most notorious serial killers, who once vowed prison wasn’t going to stop him from killing, pleaded guilty Monday to first-degree murder and was sentenced to his seventh life term.

He was sentenced again to life without parole for 25 years. He was serving time for six previous murders.

The Correctional Service of Canada has never explained why McGray was moved into the medium-security Mountain institution, located in Agassiz east of Vancouver, and was double-bunked with the latest murder victim.

McGray once admitted to killing 16 people.

He said during an interview with the National Post a decade ago that he could kill again, even while in prison.

“Just because I’m locked up in segregation doesn’t mean I can’t kill somebody,” he said while in prison in Renous, N.B.

“I have a chance every day.”

During that interview, McGray described killing as “almost a hunger. It’s something I need. I have to have that physical release. When I kill, it’s a big high for me.”

Convicted of six murders, McGray was moved from prison to prison until he wound up at the medium-security Mountain institution.

According to federal corrections and court documents, Phillips was a career criminal serving a six-year sentence for aggravated assault. He reportedly attacked a man with a baseball bat, fracturing his skull, after a soured drug deal in March 2006.

The assault occurred in Moncton, N.B., a few blocks from where McGray stabbed to death Joan Hicks-Sparks, 48, and murdered her daughter Nina, 11, in 1998.

In October, 1999, while awaiting trial for those murders, McGray was charged with the 1991 murders of two Montreal men, Robert Assaly and Gaetan Ethier.

He had been on a weekend pass from a Montreal prison and was bent on murdering homosexual men. He stabbed both victims to death.

Police investigating other cold murder cases in Canada began looking at McGray as a possible suspect.

In January 2000, McGray was charged with a fourth slaying, the second-degree murder of Mark Gibbons.

The victim had been McGray’s accomplice while robbing a Saint John, N.B., taxi driver in 1987. Hours after the robbery, McGray fatally stabbed Gibbons.

McGray also pleaded guilty to the murder of a 17-year-old hitchhiker, Elizabeth Gale Tucker, whose decomposed body was found in a Digby County, N.S., field in 1985. He was handed his sixth life sentence.

His seven life sentences are being served concurrently. 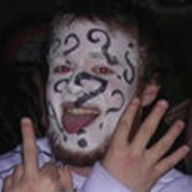 That mullet is the shit!

He's me Irish brother.
You must log in or register to reply here.
Share:
Email Link
Top