A court in Canada has found two men guilty of the murder of a woman, and subsequent incineration of her body. Ontario Superior Court jury sentenced Dellen Millard and Mark Smich to life in prison with no chance of parole for a minimum of 25 years.
The two men were convicted of the first-degree murder of 23-year-old Laura Babcock, CBC News reported. According to court documents, the victim was a former girlfriend of Millard, 32. After being killed her body was burned in an incinerator, aptly called "the eliminator".
The heir to Millardair, an aviation company in Canada, Millard had purchased an incinerator through his former mechanic, Shane Schlatman, and owned a second homemade one. During the trial, Schlatman testified that he saw ash and something that looked like bones inside one of the machines.
"I could smell a funny smell. Like rotting. Not nice. There was stuff inside of it," he told the jury. The prosecutors claim the remains were those of Babcock, who went missing in July 2012.
The Crown alleged that Babcock was part of a love triangle involving Millard and his girlfriend Christian Noudga. Prosecutors provided as proof, 65 handwritten letters to Noudga, in which he mentioned "the night Laura disappeared".
"Watever (sic) you may believe, it needs to be put aside, this is what happened: The night Laura disappeared. I came over to your place early in the morning. I did not text or call, it was a surprise. I tapped on your window, which I do sometimes," he instructed in one note. "You came back to (my home) with me. I told you Laura was over, doing coke with Mark in the basement. We went to say goodnight to them. You saw (underlined) her alive, with Mark, and there was coke on the bar."
He later wrote that he was simply "brainstorming".
It is believed that Millard's motive for the murder was to get rid of the third wheel in his romantic life as Noudga and Babcock were fighting via text messages.
In one letter, dated April 2012, he wrote: "first I'm going to hurt her. Then I'll make her leave... I will remove her from our lives".
This is not the first guilty verdict for Millard and Smich. The killer duo was convicted in 2016 of the murder of Tim Bosma, a 32-year-old Ontario man who disappeared in May 2013. According to the case, the two men killed Bosma after trying to rob him of his pickup truck, which he was attempting to sell. They then burned his body in Millard's incinerator.
They were already serving a life sentence for the crime, when found guilty in the Babcock case.
Millard is also facing charges regarding the death of his father Wayne Millard who died in 2012. The case is set to go to trial in March, 2018.
Millionaire heir murdered ex-girlfriend and burned her body in incinerator to please lover 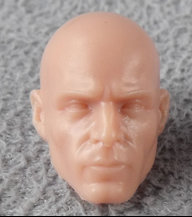 Evil fucker
You must log in or register to reply here.