Musicians! Your Stories From Your Gigs.

There are a lot of musicians here, got any stories from playing in the bars or concert halls. Or just weird shit that happened jamming? Bring them on, trust me, I've seen some shit in my 20 plus year's of playing music.
D

I really wish I could play an instrument but I don't have a musical bone in my body, can't dance, can't sing cant do anything musical but I do love music, I saw my pal puke all over his geeetarrrrr and he carried on playing like nothing ever happened and then he tried to pass me the spliff Errrrrrrrrrr no thanks.

Shit my phone died in midst of posting this the last time.
Ok try this again.
When I was younger I was a bass tech for a kiss tribute band..not a good one. Gene was a Christian kid trained in theory...Ace was a wicked guitarist but was fat and balding..he looked like a fucking marshmallow in their stage getup..Paul was my buddy who was sound..uncle who was great all around but a egotistical nightmare. My other bro was the drum tech and Nathan who was sound spilt the other two so we both played guitar tech...which sucked only in the fact they all pretty much had cheap ass instruments. When Brandon,Nathan and I recorded or jammed our mix board and recording mics were worth more than this bands entire get up...including pyro technics but that's another four stories for later.
Anyway we had a old Chevy cargo van for the gear and four guys and a Astro Van for the other four and for clothes and shit.
Brandon(drum tech) was passed out in the front bench seat of the Astro van. Nathan was in the passenger and I just woke up laying in the back bench seat. I dug through "Paul's" clothes bag. He had this tradition in this and other bands where he would come out and put this big black dildo on his amp..affectionally known from here as the BBD. Brandon was sleeping with his ass perched up like so I took advantage of opportunity. I dug out BBD and took aim. I screamed as loud as I could while jamming BBD in his ass and needless to say he wasn't impressed..took a couple swings at me and cursed my name for about 50 miles until we got to our destination.
Now the place we were playing had these sliding walls that divided the bar..from another bar with a dance floor and stage. We started setting up and Brandon's not having a good time. He'd set the mics up and I or Nathan would fuck with settings or what have you. Plus the Gibraltar rack fell apart on him once so he's pissed off all around.
It's about 30 minutes till the start and drums are the only thing not ready and Brandon's hitting toms and from left field Nathan hits him in the side of the face with a marchinno(sp)?? Cherry..and he fucking loses it...he throws a drumstick at both of us and starts chasing Nathan while we are laughing at him..starts wrestling with me and we knock over a table..a mix board table...part of the lighting boards..and "ace" who owns half this welfare shit comes out and separates us and screams at both of us. Brandon snaps and lists off all the offending practices we did at his expense....just when we thought he was done he turns to me and screams
" And if you EVER STICK THAT DILDO IN MY ASS AGAIN....I'm going to fucking LOSE IT"
Well those separating wall never connected at the top. So like it was meant to be the walls got pushed open and about 150 people heard us and more so him scream this....
We never got laid that night...only time for 14 dates over a period of two months that happened...true story.

We were doing a show out side of Columbus in the town of Grove City. We had just purchased a new amp that thru out about 1500 watts. Unfortunatly for us, our mains were rated @ 500. I'm up there singing when a girl comes up yelling something at me, I thought she was saying "FEEDBACK". No, it was "FIRE"!! I look over and my sound man and light man had their shirts off trying to beat out the flames. Being the hard core rockers that we were, and we wouldn't get paid if we didn't do the whole night's show, we did what had to be done, (to cover our beer tab, which is still legandary), and turn all the monitors around, crank them up and hope #2 main (an old SP 1) did not pretend it was a solar flare. The next day,we found a guy that could re-cone our speaker, BUT, it would not be ready till Tuesday. So I needed a 15 inch speaker quick. So we went to Radio Shack. There they had one speaker left for $100 bucks. I asked them if it had a warranty, they said yes, I said I'll take it. Well we kinda figured that main #2 was about to become a arsonists dream, so we figured, what the Hell, we'll hand out marshmellows at the door, every one got two with the price of admision, That way we could have a roast while our equipment burned, probably along with the bar. Not the brightest thing to do when playing around a lot of west side drunk's. We figured that yeah, there will be a marshmellow fight, so what! We never realised that if you deep them in beer, not only will they give it a unique taste, but they will stick to what ever you launch them at. So, into the second set we start getting hit by these fucking marshmellows, there sticking to us, the guitars, the drums, stage, back drops, it was a confectionary holocaust. But hey, we came prepared, we had our own 2lb bag of Stay Puft, sitting next to the drum riser. What better way to stop people from throwing things at you them giving them MORE things to throw at you. The battle ensued for two more hours, we came out of there looking kind of like the dad in the Incredables after getting bombed by the bad guy. Or when the big Marshmellow guy exploded in Ghost Busters .The bar owner was pissed because his carpet was now a layer of sugary confection. We were pissed because all the equipment had to be cleaned, strings changed, clothes fucked, and for the next five shows, marshmellows would roll out of gig bags, drums, gear, you name it.


All around, a pretty damn good time!

Oh, the Radio Shack speaker, it exploded into confetti during the second set. We took it back got our money, and could not explaine why it was really, really, sticky. 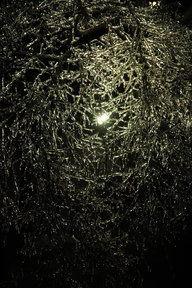 On talent night at work, I spontaneously decided I wanted to play something. Although not listed as a contributor, I managed to get a spot. I had to borrow a guitar from someone else, and with 7 or 8 rums in me, I proceeded to the stage. I got the crowd clapping and singing to "Take it Easy" although I broke a string at the start of the song. Next day, I was congratulated by everyone I saw, but remembered very little of what happened. Embarassing to have to go to the owner of the instrument and replace the strings. She was cool, but my pride was hurt.
You must log in or register to reply here.

How many musicians do we have here?