Summary:
Nathaniel Bar-Jonah is a convicted child predator that is in prison after repeatedly molesting, torturing, and attempting to murder children. He was also suspected of murdering a child then disposing of the body through cannibalistic ways that involved his unsuspecting neighbors.
Personal Information:
Born - February 15, 1957
Birthplace - Worcester, MA
Birth Name - David P. Brown
Occupation - Short Order Cook

Other - In 1991, Brown changed his name to Nathaniel Benjamin Levi Bar-Jonah.
General Information:
Gender - Male
Religion - Unknown
Ethnicity - White
Childhood Years:
At 17 years of age, David Brown (his name at that time) pled guilty after being arrested for dressing as a policeman and beating and choking an eight-year-old boy who he ordered into his car. After the beating the child recognized Brown who was working at a local McDonalds and authorities were called. Brown received a year of probation for the crime.
Kidnapping and Attempted Murder:
Three years later, Brown dressed as a policeman again and kidnapped two boys, made them undress and then began strangling them. One of the boys was able to escape and contact the police. Authorities arrested Brown and the other child was located, handcuffed inside his trunk. Brown was charged with attempted murder and received an 18 to 20 year sentence.
Sick Thoughts:
While incarcerated Brown shared some of his fantasies of murder, dissection and cannibalism with his psychiatrist who made the decision in 1979 to commit Brown to the Bridgewater State Hospital for Sexual Predators.
Early Release:
Brown remained at the hospital until 1991 when Superior Court Judge Walter E. Steele decided that the state had failed to prove he was dangerous. Brown, who had changed his name to Nathaniel Benjamin Levi Bar-Jonah left the institution with a promise from his family to the court that they would be moving to Montana.
Massachusetts Sends the Problem to Montana:
Bar-Jonah attacked another boy three weeks after his release and was arrested on assault charges but was freed without bail. A deal was made however, that required that Bar-Jonah leave Massachusetts and join his family in Montana along with a two-year probation. Bar-Jonah kept his word and moved to Montana.
Once in Montana, Bar-Jonah met with his probation officer and disclosed some of his past criminal record. A request was made to the Massachusetts probation office to send more records regarding Bar-Jonah’s history and psychiatric past but no additional records were sent.

Bar-Jonah managed to stay away from police until 1999 when he was arrested near an elementary school in Great Falls, MT, dressed as a policeman and carrying a stun gun and pepper spray. Authorities searched his home and found thousands of pictures of boys and a list with boys names from Massachusetts and Great Falls. Also found were encrypted writings, decoded by the FBI, that included statements such as 'little boy stew,' 'little boy pot pies' and 'lunch is served on the patio with roasted child.'

Authorities concluded that Bar-Jonah was responsible for the 1996 disappearance of 10-year-old Zacharry Ramsay who vanished on his way to school. It was believed that he kidnapped and murdered the child than cut up his body for stews and hamburgers that he served to unsuspecting neighbors at a cookout.

In July 2000, Bar-Jonah was charged with Zachary Ramsay’s murder and for kidnapping and sexually assaulting three other boys who lived in an apartment above him.

The charges involving Ramsay were dropped after the boy's mother said she did not believe Bar-Jonah killed her son. For the other charges, Bar-Jonah was sentenced to 130 years in prison for sexually assaulting one boy and torturing another by suspending him from a kitchen ceiling.

In December, 2004, the Montana Supreme Court turned down Bar-Jonah’s appeals and upheld the conviction and 130-year prison sentence

I hate this lying fat ugly fuck face! I would love to cut his throat slowly and just fuck him up. I really really hate him. I won't say why so don't ask. This little fat fuck should have been done away with as soon as they had their hands on him. He is a liar and piece of shit. If there was one person I was given free range to kill as I wanted to it would be this fucker.
D

NightMare said:
I hate this lying fat ugly fuck face! I would love to cut his throat slowly and just fuck him up. I really really hate him. I won't say why so don't ask. This little fat fuck should have been done away with as soon as they had their hands on him. He is a liar and piece of shit. If there was one person I was given free range to kill as I wanted to it would be this fucker.
Click to expand...

I agree. I don't see how keeping shit like this alive is really any form of justice. His life is better right now than many people who have done no wrong. Save the cash and just kill shit like this. It's not like DNA is going to possibly clear him years from now , we know. Take him out back right after conviction and cap his ass. 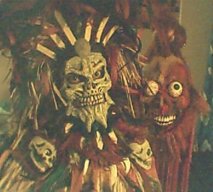 Disintegration---I'm taking it in stride.

You may be able to take away his freedom but you'll never rob him of his amazingly good looks.

Your GF just bumped her head underneath my desk :)

If anyone ever deserved a curb stomp....it would be this mother fucker....and hopefully the hulk is available to do it....

It's to bad he is probably serving time in Montana and not in MA. Mass (where he was born) prisons are known not to be nice at all to people like this.

Look like a fat faggot to me...i'd kick the shit out of him just for the way his face sits on his neck...just look at him, obviously a sick asshole, his eyes....typical white trash mongoloid chromosomal misfire right here. Hate these people more than any other racial sub-group and I'm white. Embarrassing to the super-evolved white race.
You must log in or register to reply here.
Share:
Email Link
Top