OAKLAND, Calif — An opium-growing recluse wanted in connection with two murders exchanged gunfire with police in northern California but slipped back away into dense woods where he has hidden out for five weeks, authorities said on Friday.

No one was hurt in Thursday's shootout with Aaron Bassler, 35, near the town of Northspur, located about 150 miles north of San Francisco in the rugged coastal mountains of Mendocino County, said sheriff's department Captain Kurt Smallcomb.

But Bassler, described by his father as mentally ill and living like a virtual hermit, managed to avoid capture again in what was his closest brush with arrest since he went on the run last month.

By the way, does anyone know if they ever caught that militia guy that exchanged a few shots with cops and took off in the woods? It was about three months ago..

this looks interesting, looking forward to how it pans out
OP

wino said:
this looks interesting, looking forward to how it pans out
Click to expand...

He got shot dead by SWAT officers hiding in trees yesterday, lol. 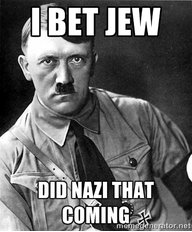 They shot a Monkey outta the tree ?

well I didn't have to wait long

Three SWAT team officers opened fire on Aaron Bassler, 35, as they encountered the fugitive walking toward them on a logging road, dressed in black and carrying a loaded assault rifle, said Mendocino County Sheriff Thomas Allman.
Allman told a news conference that Bassler was struck by about seven gunshots and never had a chance to return fire, though his weapon was discovered with a round in the chamber and its safety mechanism off.
"He was fully ready to engage," Allman said.
Bassler, said by his father to be mentally ill and living as a virtual hermit in Mendocino County's coastal mountains, was pronounced dead immediately after the shooting, which unfolded at about 12:20 p.m. local time near the town of Fort Bragg, about 150 miles north of San Francisco.
Bassler had been on the run since authorities say he gunned down a Fort Bragg city councilman, Jere Melo, who was working as a timber company property manager when he was slain on August 27. Melo, 69, was ambushed as he stumbled onto an opium poppy garden being tended to by Bassler in the woods, police said.