Penguin books in racist gaff ... (sorry if this is a repost) (1 Viewer) 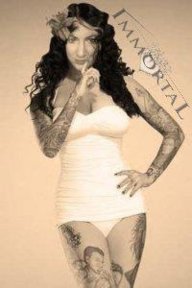 Disclaimer ... this plate of tagliatelle contains no 'freshly ground black people'. Photograph: Martin Argles
A recipe for tagliatelle with sardines and prosciutto has proved a little too spicy for Penguin Australia, after a misprint suggesting that the dish required "salt and freshly ground black people" has left the publisher reaching for the pulping machine, rather than the pepper grinder.
It's a one-word slip that only came to light after a member of the public got in touch, and which has sent all 7,000 copies of The Pasta Bible at Penguin's warehouse to be destroyed, an exercise which head of publishing, Robert Sessions, told the Sydney Morning Herald would cost $ 20,000.
There are, as yet, no plans to recall copies that have made it into stores, which according to Sessions would be "extremely hard". He was "mortified that this has become an issue of any kind", adding that "why anyone would be offended, we don't know".
Sessions defended proofreaders for letting through a misprint that he suggested came from a spell-check program, explaining that since almost every recipe in the book calls for black pepper on each page it was an error he considered "quite forgivable". He went on to attack those who might complain about what he called a "silly mistake" as "small minded".
Meanwhile, the clean-up operation continues, with the publisher releasing a rather more emollient statement on its website offering sincere apologies "for any offence this error may have caused readers", and suggesting that proofreaders "would have been concentrating on checking quantities, a common source of error in cookbooks". Penguin also offered to "willingly replace a copy of The Pasta Bible owned by anyone who feels uncomfortable about having a copy of the book in their possession".
Speaking to the Guardian this afternoon, Sessions was unwilling to add to his earlier remarks, explaining that he had "nothing further to say", and referring to the Penguin website

now this org copy is going to be worth a lot of money hang on to it or go get a copy......

well it couldve also been published, "freshly ground black pecker".
You must log in or register to reply here.