Cause of death​
Suicide by overdose

Richard Trenton Chase (May 23, 1950 – December 26, 1980) was an American schizophrenic serial killer who killed six people in the span of a month in Sacramento, California. He was nicknamed "The Vampire of Sacramento" because he drank his victims' blood and cannibalized their remains.

A self-described victim of abuse at the hands of his mother, Chase exhibited by the age of 10 evidence of the Macdonald triad: enuresis, pyromania, and zoosadism. In his adolescence, he was known as an alcoholic and a chronic drug abuser. He suffered from erectile dysfunction due to "psychological problems stemming from repressed anger".
Early adulthood

Chase developed hypochondria as he matured. He often complained that his heart would occasionally "stop beating", or that "someone had stolen his pulmonary artery". He would hold oranges on his head, believing Vitamin C would be absorbed by his brain via diffusion. Chase also believed that his cranial bones had become separated and were moving around, so he shaved his head in order to watch this activity.

After leaving his mother's house (believing she was attempting to poison him), Chase rented an apartment with friends. Chase's roommates complained that he was constantly intoxicated on alcohol, marijuana, and LSD. Chase would also walk around the apartment nude, even in front of company. Chase's roommates demanded that he move out. When he refused, the roommates moved out instead.

Once alone in the apartment, Chase began to capture, kill, and disembowel various animals, which he would then devour raw, sometimes mixing the raw organs with Coca-Cola in a blender and drinking the concoction. Chase reasoned that by ingesting the creatures he was preventing his heart from shrinking.
Institutionalization

In 1975, Chase was involuntarily committed to a mental institution after being taken to a hospital after injecting rabbit's blood into his veins. He often shared with the staff fantasies about killing rabbits. He was once found with blood smeared around his mouth – hospital staff discovered he had been drinking the blood of birds; he had thrown the birds' corpses out of his hospital room window. Staff began referring to him as "Dracula".

In one of the many incidents in which he was held at the institution, he substituted the blood from the therapy dog to curb his addiction. He claimed he obtained the syringes from cracking open the disposable boxes left in the doctor's offices. Occasionally, he defecated on himself and smeared the walls of the institution with his feces.

Chase was diagnosed as a paranoid schizophrenic. After undergoing a battery of treatments involving psychotropic drugs, Chase was deemed no longer a danger to society and, in 1976, he was released under the recognizance of his mother.

Chase's mother weaned him off the medication and got Chase his own apartment.

Later investigation uncovered that in mid-1977, Chase was stopped and arrested on a reservation in the Pyramid Lake (Nevada) area. His body was smeared with blood and a bucket of blood was in his truck. The victim was found to be bovine and no charges were filed.
Murders

On December 29, 1977, Chase killed his first known victim in a drive-by shooting. The victim, Ambrose Griffin, was a 51-year-old engineer and father of two. After the shooting, one of Griffin's sons reported seeing a neighbor walking around their East Sacramento neighborhood with a .22 caliber rifle. The neighbor's rifle was seized, but ballistics tests determined that it was not the murder weapon.

Two weeks later, he attempted to enter the home of a woman but, finding that her doors were locked, walked away; Chase later told detectives that he took locked doors as a sign that he was not welcome, but that unlocked doors were an invitation to come inside. He was later chased off by a returning couple as he pilfered belongings from their home and urinated and defecated on their beds and clothing.

Teresa Wallin was Chase's next victim on January 23. Three months pregnant at the time, Wallin was surprised at her home by Chase, who shot her three times, killing her.

On January 27, Chase committed his final murders. Entering the home of 38-year-old Evelyn Miroth, he encountered her friend, Danny Meredith, whom he shot with his .22 handgun. Stealing Meredith's wallet and car keys, he rampaged through the house, fatally shooting Miroth, her six-year-old son Jason, and her 22-month-old nephew, David. As with Wallin, Chase engaged in necrophilia and cannibalism with Miroth's corpse.

A six-year-old girl with whom Jason Miroth had a playdate knocked on the door, startling Chase, who fled the scene in Meredith's car, taking David's body with him. The girl alerted a neighbor, who alerted police. Upon entering the home, police discovered that Chase had left perfect handprints and shoe imprints in Miroth's blood.
Aftermath

In 1979, Chase stood trial on six counts of murder. In order to avoid the death penalty, the defense tried to have him found guilty of second degree murder, which would result in a life sentence. Their case hinged on Chase's history of mental illness and the suggestion that his crimes were not premeditated.

On May 8, the jury in the highly publicized case found Chase guilty of six counts of first degree murder and Chase was sentenced to die in the gas chamber. They rejected the argument that he was not guilty by reason of insanity. His fellow inmates, aware of the graphic and bizarre nature of Chase's crimes, feared him, and according to prison officials, they often tried to convince Chase to commit suicide.

Chase granted a series of interviews with Robert Ressler, during which he spoke of his fears of Nazis and UFOs, claiming that although he had killed, it was not his fault; he had been forced to kill to keep himself alive, which he believed any person would do. He asked Ressler to give him access to a radar gun, with which he could apprehend the Nazi UFOs, so that the Nazis could stand trial for the murders. He also handed Ressler a large amount of macaroni and cheese, which he had been hoarding in his pants pockets, believing that the prison officials were in league with the Nazis and attempting to kill him with poisoned food.

On December 26, 1980, a guard checking cells found Chase lying awkwardly on his bed, not breathing. An autopsy determined that he committed suicide with an overdose of prison doctor-prescribed antidepressants that he had saved over several weeks.
OP

Box in which David Ferreira
was found
First Murder:

December 29, 1977 - Chase killed 51-year-old Ambrose Griffin in a drive-by shooting. Griffin was helping his wife bring groceries into the house when he was shot and killed.

Random Violent Acts: January 11, 1978 - Chase attacked a neighbor after he asked for a cigarette then restrained her until she turned over the entire pack. Two weeks later, he broke into a house, robbed it then urinated inside a drawer containing infant clothing and defecated on the bed in a child's room. Interrupted by the owners return, Chase was attacked but managed to escape.
Unlocked Doors:
Chase continued to search for unlocked doors of homes to enter. He believed a locked door was a sign that he was not wanted, however an unlocked door was an invitation to enter.
Second Murder:

January 23, 1978 - Teresa Wallin, pregnant and at home alone, was taking out the garbage when Chase entered through her unlocked front door. Using the same gun he used to kill Griffin, he shot Teresa three times, killing her, then raped her corpse while stabbing her several times with a butcher knife. He then removed multiple organs, cut off one of the nipples and drank the blood. Before leaving, he collected dog feces from the yard and stuffed it into the victim's mouth and down her throat.
Final Murders:
EVELYN

David Ferreira, nephew of
Evelyn Miroth
NO PITCURE AVAIL OF DAN...
January 27, 1978 - The bodies of Evelyn Miroth, age 38, her six-year-old son Jason, and friend Dan Meredith, were found murdered inside Evelyn's home. Missing was Evelyn's 22-month-old nephew David, who she had been baby sitting. The crime scene was horrific. Dan Meredith's body was found in the hallway. He was killed with a direct gunshot would to his head. Evelyn and Jason were found in Evelyn's bedroom. Jason had been shot twice in the head.
The depth of Chase's insanity was clear when investigators went over the crime scene. Evelyn's corpse had been raped and sodomized multiple times. Her stomach had been cut open and various organs were removed. Her throat was cut and she had been sodomized with a knife and there was a failed attempt to remove one of her eyeballs.
Not found at the murder scene was the infant, David. However, blood in the baby's crib gave police little hope the child was still alive. Chase later told police that he brought the dead infant to his apartment. After mutilating the baby's body he disposed of the corpse at a nearby church, which is where it was later found.
What he did leave at the grotesque murder scene were clear hand and shoe prints, which soon led police to his door and to the end of Chase's insane rampage.
The End Result:
In 1979, a jury found Chase guilty on six counts of first-degree murder and he was sentenced to die in the gas chamber. Disturbed by the gruesome details of his crimes, other prisoners wanted him gone and often tried to talk him into killing himself. Whether it was the constant suggestions or just his own tortured mind, Chase managed to collect enough prescribed antidepressants to kill himself. On December 26, 1980, prison officials discovered him dead in his cell from an overdose of medications.
OP

The box with David Ferreira's body

Rings of blood near Wallin body

While Chase was in custody, detectives searched his apartment. What they found in the putrid-smelling
place was disgusting. Nearly everything was bloodstained, including food and drinking glasses.
In the kitchen, they found several small pieces of bone, and some dishes in the refrigerator
with body parts. One container held human brain tissue. An electric blender was badly
stained and smelled of rot.

Carry a knife? Yes, they never run out of ammo.

Motherfucker got an easy ride to hell. At minimum at least the bastard isn't here anymore. 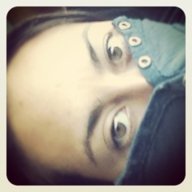 Pretty nuts, I'm interested in this blood drinking thing. Where do they get the idea? Is it an urge that comes naturally or did someone plant the seed?

Does anyone have video of the interviews?
OP 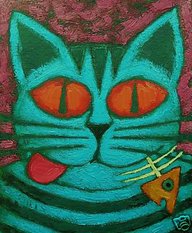 Back in 1989 I was 24 and working as a 911 Dispatcher. I was so innocent and did not realize evil existed in this world. One of the Detectives gave me a book to borrow, it was one he got while attending a seminar and it was all about murderers. Richard Chase was in this book, as were all the photos from the crime scenes. These photos were my first time looking at crime scene photos and I was equally mortified yet fascinated at the same time. We had access to all the detectives files and on midnights we would look at the crime scene photos and read the case logs for the murders/suicides. I have not seen these particular photos in 23 years, so seeing them last night was kind of neat (in a morbid way) considering they were the first crime scene pics I ever saw. Richard Chase was a twisted one. 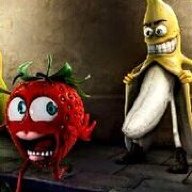 How is it that this guy didn't get sick from eating raw animals and humans? And what about from drinking their blood? Gross.
R

the girl with the guts spilling out looks like a death metal album cover, gore grimd \m/
You must log in or register to reply here.
Share:
Email Link
Top