AND THE FUCKERS MISSED HIM SHIT ......
cant hit the back side of a barn ...
Jerusalem (CNN) -- Two rockets from Gaza slammed into southern Israel on Thursday morning, as U.S. President Barack Obama prepared to leave Jerusalem for Ramallah for meetings with top Palestinian Authority officials.
One of the rockets landed in the courtyard of a house in the city of Sderot, but no casualties were reported, Israeli police spokesman Micky Rosenfeld said.
A police disposal expert was still searching for the other rocket, Rosenfeld said.
Obama is on a four-day trip to Israel and the West Bank, his first since assuming office.

On Thursday, he is expected to meet with Palestinian Authority President Mahmoud Abbas.
Israel seized Gaza during the 1967 war, and withdrew settlers from there in 2005. In the ensuing years, militants in Gaza have regularly launched rocket attacks into southern Israel.
In November, Israel launched what it called the Pillar of Defense operation, a series of military strikes on Gaza designed to stop the constant rocket fire.
Eight days of round-the-clock warfare followed between Israel and Hamas, the Palestinian movement that controls Gaza.
As Israel targeted Hamas military commanders and weaponry, Palestinian militants continued to fire rockets into Israel, battering the southern region and reaching Israel's two major cities -- Jerusalem and Tel Aviv.
Israel called up reservists and massed its forces on the Gaza border, threatening a ground invasion. Many feared a repeat of Israel's Operation Cast Lead offensive against Palestinian militants in late 2008, an operation that led to a bloody three-week war.
The fighting in November took its toll: More than 160 Palestinians, many of whom were civilians, were killed. Six Israelis died, including civilians and soldiers. Hundreds were wounded.
The fighting ended after Egypt and the United States helped broker the cease-fire that lasted until February 26.
On that day, a rocket damaged a road outside the town of Ashkelon, about 15 kilometers (9 miles) from Gaza.
The Al Aqsa Martyrs Brigades, a Gaza militant group, claimed responsibility. 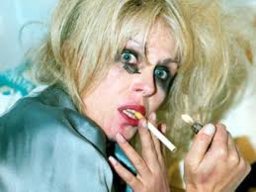 Screw 'em. We should have thrown them all out in '48, like Begin wanted to. Send them packing to Jordan and Syria.

Israel considering a ground invasion of Gaza in response to the rocket bombardment.