Divers searching the wreck of a Russian Volga river boat reportedly saw more than 100 corpses trapped inside the vessel when they recovered eight bodies on Monday.
A few dozen divers working with underwater lights searched the Bulgaria, a double-decked boat built in 1955 that survivors said listed and sank in minutes on Sunday during stormy weather with nearly 200 people on board.

Nine people were confirmed dead, an emergency situations ministry spokeswoman said – including one woman who was found on Sunday.

Eighty people were rescued, most of them climbing aboard a passing boat after more than an hour in the water, but there is little hope anyone else has survived.

"According to the divers, the chances of finding anyone alive are minimal," she said.
An estimated 110 bodies, including those of 30 children, remained in the sunken ship, the Interfax news agency cited a regional search and rescue service as saying.

As many as 60 of the passengers may have been children, Russian media reported, and survivors said some 30 children had gathered in a room near the stern of the ship to play just minutes before it sank.

Andrianova said 185 people were believed to have been on board, but local officials later said the number was 199 including 18 unregistered passengers.

The bodies of five women, two men and a child had been recovered by 4am GMT on Monday, said a spokesman for the ministry's branch in Tatarstan, where the boat sank 3km (2 miles) from shore in a broad section of the Volga river.

The top Volga district emergency official, Igor Panshin, said bodies could be seen in the 56-year-old pleasure craft's restaurants as well as the hold. He said the boat sank in about eight minutes.
Anxious relatives greeted survivors who were brought to the port in Kazan, Tatarstan's capital, late on Sunday.

"The child is back there," one man cried, wailing with grief as he hugged a woman.
One woman told state-run Rossiya-24 television she lost her grip on her daughter as they struggled to escape.

"Practically no children made it out," she said. "There were lots of children on the boat, lots."
President Dmitry Medvedev ordered investigators to determine the cause of the sinking and prosecutors opened a criminal investigation. Russian media reports focused on the age of the boat, built in what was then Czechoslovakia.

The Volga cuts through the heart of Russia hundreds of kilometres east of Moscow. The Bulgaria had taken its passengers from Kazan to a town downriver on Saturday and was returning when it sank in 20-metre-deep water.
Click to expand...

I just heard about this. Terrible news. They are saying that a lot trapped and dead are children. They went to a room at the stern of the boat to play just minutes before it sank. 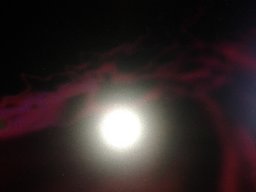 so much for plesure cruise.very sad 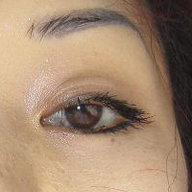 Staring into the abyss

Death is like the blanket that must cover us all, young and old, rich and broke as a bitch, all of us have a calendar that says to save the date !!! R.I.P to all who lost their lives !!

rottenfresh said:
Death is like the blanket that must cover us all, young and old, rich and broke as a bitch, all of us have a calendar that says to save the date !!! R.I.P to all who lost their lives !!
Click to expand...

very nicely worded!!!
You must log in or register to reply here.