“Every day in this country, women’s reproductive rights are threatened, and we have to fight back. Just as we restricted spending with states that have laws that discriminate against LGBTQ people, we are standing up against states that put women’s health at risk and that are actively working to limit reproductive freedoms,” Breed said in a statement.
She added: “By limiting travel and contracting with certain states, we are sending a clear message to states that disregard the right to abortion.”
The states being blacklisted by San Francisco for their “severe anti-choice policies” are Alabama, Arkansas, Florida, Georgia, Indiana, Iowa, Kansas, Kentucky, Louisiana, Massachusetts, Mississippi, Nebraska, Nevada, North Dakota, Ohio, Oklahoma, Pennsylvania, South Carolina, South Dakota, Texas, West Virginia and Wisconsin.

City officials acknowledge that the ban may not provide the financial blow to the states to force them to rethink their anti-abortion measures, but Breed’s office hopes its move will serve as an example for other municipalities to follow suit.
Although tax revenue from San Francisco alone may not be sufficient to encourage states to rethink their laws, if other cities and states follow San Francisco’s lead, the financial pressure might be enough to prompt policy changes,” her office said.
The move by San Francisco comes a little more than a month after its city council passed a resolution calling the National Rifle Association a “domestic terrorist organization.” The NRA quickly filed a lawsuit against the city and Breed eventually said in late September that the resolution would have no effect on city policies.

City employees in San Francisco are now forbidden to take work trips of do business with companies in 22 states that have “restrictive abortion laws.” 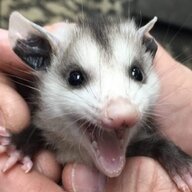 Lol they need to extend their travel ban to all citizens in California and put themselves into a self imposed exile. Think most people have had enough of their goofy shit

California should just succeed from the union and become its own country. Then all of the special snowflakes can move there and be happy reaffirming each other.

I like hairy pussy. I dont fuck ass micro shit

San Francisco is full of faggots

Fuck'em and feed them fish dicks.

I dated a girl from SF for about 6 months, she was the whineyest cunt ever! She hated George Bush because he wouldn't pass a law that would allow her gay friends get married, she said Bill Clinton was a good President ( i had to show her about his support of the IRA and the the shit they did in England.. but that didn't seem as important as gay marriage ) i dumped her about 2 weeks before her work visa expired and she had to go back