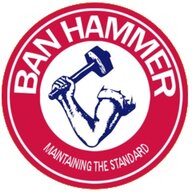 Erika Constantine found the strange unknown animal in a park known by locals as Sunrise Park, which faces out towards Bermuda in the North Atlantic

A strange eyeless mutant creature found washed up by a dog walker is thought to be a refugee from the US government’s secretive “Monkey Island.”

The animal – roughly the size of a small dog but with huge teeth and unsettlingly weird body shape, was found by Erika Constantine while she was walking her dog in Melton Peter Demetre Park, near the US city of Charleston, South Carolina.


“I take my dog, River, there very frequently,” said Erika, 25. “We were just strolling and she went up to it.

Erika’s photos show that the creature has been almost reduced to bone, with part of its skeleton appearing to take the shape of a fin or rib cage.

Only a few teeth remain in the skull and the bizarre beast appears to have no eyes.

“I honestly did not know what it was,” said Erika. “It was the size of a small dog but the structure of the whole thing suggests it’s definitely not a dog.

“I have lived here for about five years and I have never come across something like this.”

Searching for answers, Miss Constantine put her footage online and got a deluge of different answers.

“I thought somebody would be like, ‘Oh, it’s like a seal’ and then I would go about my day but it stumped a lot of people,” she said.

“Somebody said it was a bobcat which was interesting because they do have similar ribcages.”

Some even suggested it could be the mythical chupacabra, a vampiric beast which is said to feast on the blood of livestock.

Erika has sent her photos to a professor at the College of Charleston in the hope of having the mystery creature identified, but she is yet to receive a response.

Still, she has a theory as to the creature’s true identity – and it involves a secret island overrun by monkeys nearly 40 miles away.

“It’s not inhabited by humans, it’s all monkeys. That’s where all the monkeys that the government tested on live.

“I think one of the monkeys from Monkey Island, unfortunately, might have got swept up in a current, the riptide or whatever and then it made its way to Charleston.

“It wouldn’t really be the first time, my friend actually found a monkey fossil on the beach a while back, so I think it just kinda got washed up here.”

The monkeys belong to the National Institute of Allergy and Infectious Diseases, though the institute says it carries out no disease research on the island, beyond monitoring the monkeys.

Nonetheless, no-one is permitted to visit the island. 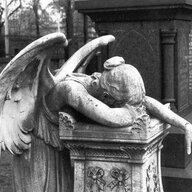 Very interesting story! It is a strange creature. Thanks for posting it!

I was expecting to see this...