South Korea warns North of 'strong response' to any attack

Seoul, South Korea (CNN) -- The South Korean president on Monday warned North Korea that any provocative moves will be met with "a strong response" as the United States deployed stealth fighter jets in the tense region as part of joint military exercises.
"If there is any provocation against South Korea and its people, there should be a strong response in initial combat without any political considerations," President Park Geun-hye said at a meeting with senior defense and security officials, according to her office.
Her comments came after North Korea rattled off fresh volleys of bombastic rhetoric over the weekend, declaring that it had entered a "state of war" with the South and labeling the U.S. mainland a "boiled pumpkin," vulnerable to attack.
The two Koreas are technically still at war after their conflict in the early 1950s ended in a truce not a peace treaty.

The secretive regime of Kim Jong Un has delivered a steady stream of verbal attacks against South Korea and the United States in recent weeks, including the threat of a nuclear strike.

It has lashed out at the U.S.-South Korean military drills currently under way and at the tougher U.N. sanctions that were slapped on it after its latest nuclear test in February.

Analysts have expressed heavy skepticism that the North has the military capabilities to follow through on many of its melodramatic threats.

But concerns remain that it could carry out a localized attack on South Korea, as it did in November 2010 when it shelled Yeongpyeong Island, killing four people.

The United States has sought to show its willingness to defend its South Korean ally by drawing attention to displays of its military strength during the drills taking place in South Korea.

Washington's recent announcements concerning practice flights over South Korea by B-52 bombers and B-2 stealth bombers, both of which can carry both conventional and nuclear weapons, have not been lost on Pyongyang, which has described them as acts of U.S. hostility.

There was no immediate reaction on North Korean state media Monday to the U.S. statement saying the stealth fighters, F-22 Raptors, were sent to the main U.S. Air Force Base in South Korea to support air drills in the annual Foal Eagle training exercises there.

U.S. and South Korean officials have been trying to strike a balance between acknowledging that the North's rhetoric is cause for concern and at the same time playing down the severity of the threat.

Park said Monday that she was "viewing the threat from North Korea in a serious manner."

But a senior U.S. Defense Department official said late last week that there were "no indications at this point that it's anything more than warmongering rhetoric."


South Korea has noted that scores of its workers have continued in recent days to enter and leave the Kaesong Industrial Complex, a joint economic cooperation zone between the two Koreas situated on the North's side of the border.

That is despite Pyongyang cutting a key military hotline on the border and threatening to shut down the complex.


Moscow and Beijing call for calm

The heightened tensions have prompted North Korea's traditional allies, China and Russia, to urge the different sides to keep a lid on the situation.

"Moscow expects all parties to exercise as much responsibility and restraint as possible in light of North Korea's latest statements," the Russian foreign ministry said Saturday according to Russian state broadcaster Russia Today.

"We hope relevant parties can work together to turn around the tense situation in the region," Foreign Ministry spokesman Hong Lei said Friday, describing peace and stability on the Korean Peninsula as "a joint responsibility."

But the coming weeks appear laced with potential for more bouts of saber-rattling.

And April 15 is the anniversary of the birth of Kim Il Sung, the nation's founder and the grandfather of Kim Jong Un. That day, the biggest national holiday in North Korea, is usually marked by large-scale parades.

Meanwhile, the U.S.-South Korean military exercises that have already stirred so much ire from the North are due to continue until the end of the month.

Finally, some analysts have noted that Pyongyang has carried out some sort of military provocation within weeks of every South Korean presidential inauguration.

Seoul, South Korea (CNN) -- The United States deployed stealth fighter jets to South Korea on Sunday as part of ongoing joint military exercises between the two countries, a senior U.S. defense official said.
The F-22 Raptors were sent to the main U.S. Air Force Base in South Korea amid spiking tensions on the Korean peninsula. The U.S. military command in South Korea said they were deployed to support air drills as part of the annual Foal Eagle training exercises, which are carried out in accordance with the armistice that put an end to armed hostilities in 1953.
North Korea has been ramping up its rhetoric and military show of force in response to the annual joint military exercises, declaring the armistice invalid on March 11, 10 days after Foal Eagle began. It is something Pyongyang has done before during heightened tensions.

The United States' participation in Foal Eagle is intended to demonstrate the country's "commitment to stability and security in the Asia-Pacific Region," the U.S. military command in South Korea said in a statement that also urged North Korea to tone down its rhetoric.
"The (Democratic People's Republic of Korea) will achieve nothing by threats or provocations, which will only further isolate North Korea and undermine international efforts to ensure peace and stability in Northeast Asia," the statement said. "The North Korean leadership is urged to heed President Obama's call to choose the path of peace and come into compliance with its international obligations."
Read more here : http://edition.cnn.com/2013/03/31/world/asia/us-korea-f-22s/index.html?hpt=hp_t1
OP

if you want to see the vids north korea is putting out try there state run web site
www.uriminzokkiri.com 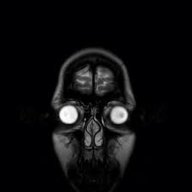 One day all will be revealed.

b2ux said:
if you want to see the vids north korea is putting out try there state run web site
www.uriminzokkiri.com
Click to expand...

Actually that's pretty cool to see their crap directly. Thanks for the info.
OP

www.uriminzokkiri.com
IS THE NORTH KOREAN STATE RUN WEB SITE HAS NOTHING TO DO WITH CNN... :mariopalm:

You Beloved Comrade Kim Jung-eun to his power WPK Central Committee in March 2013 at a meeting, reported

I'm not going to kill you, I'm going to keep you.

the training is over in afganastan and iraq time to hone your skills against a real country, before we go all out in iran.
OP

barbwir3 said:
the training is over in afganastan and iraq time to hone your skills against a real country, before we go all out in iran.
Click to expand...

hone lmfao wont need to on this one if you havent figured it all out yet all yap no substance .....
look at em like a 6 year old wanting candy and getting mushrooms hes having a fit like a 6 year old ......
OP

Seoul (CNN) -- The world knows North Korea for its loud and over-the-top warmongering rhetoric about the U.S. But the true war is being fought in whispers, across secret phone lines and smuggled radios. And it's those whispers that reveal how close the peninsula may be to an actual war.
"North Koreans want to go to war soon and unite the country. They want to get out of their difficult lives through war," said Kim Seong Min, with Free North Korea Radio. "North Koreans are not getting any information from the outside world. They think they will win if a war breaks out."
Kim is a foot soldier in the propaganda war. He hopes to turn North Korea's people against the regime, broadcasting a message of democracy over the radio. He records commentaries and news bulletins that are blasted over a shortwave radio frequency. In his job, he speaks to paid sources who slip him information via Chinese mobile phones at the border. He also has sources within the elite Pyongyang military ranks.
Kim says the angry war rhetoric is a product of Kim Jong Un's weak standing as a new leader.


"Kim Jong Un is not even 30 years old and everyone in North Korea knows this. He also doesn't have a solid position within the army. North Koreans are also not sure how to handle the fact that their leader is so young."
That's similar to what defectors are telling the Daily NK, an online news site based in Seoul funded by a U.S. endowment. The Daily NK also has sources within the military elite and the general North Korean population.
"The sources we're hearing from are exhausted with the drills and the mobilization of the masses. Some feel nationalistic pride that comes with the rhetoric out of North Korea. At the same time, they're aware of the stagnant economy on the decline and the real need for change and opening," says Daily NK's Gregory Pence.
Pence is a Chicago native who came to Seoul as a Fulbright scholar. He stayed to work on the mission of opening up North Korea's human rights abuses to the international community.
Pence says opinions at the Daily NK, which is staffed with North Korean defectors, vary. But many at the publication fear that poor decisions can be made in times of fear. What will hold back war, Pence believes, is regime preservation.
"North Korea risks outright annihilation. If a war broke out and escalated, it would cost the peninsula, the world," Pence adds. "In the end, North Korea would not exist. And the leadership is aware of that."
You must log in or register to reply here.
Share:
Email Link
Top