survivalist on the loose

The King County Sheriff's Office released a photo of the bunker where Pete Keller -- suspected of killing his wife and daughter -- is allegedly holed up.
NORTH BEND, Wash. — Police who surrounded the rugged underground bunker of a Washington state murder suspect now have negotiators on scene trying to lure its occupant outside.
King County Sheriff's Sgt. Cindi West says a team of the department's hostage negotiators were dropped Saturday morning by helicopter into the Cascade Mountain foothills east of Seattle where 41-year-old Peter Keller is believed to be holed up.
Keller has not been seen since a fire at his North Bend-area home Sunday led responders to discover the bodies of his wife and daughter. The two had been shot to death.
West says the negotiators are trying to contact whoever is in the bunker by bullhorn and other means. SWAT teams who surrounded the bunker overnight reported having seen lights go on and off inside.

What an idiot. Why shoot your wife and daughter to death? Asshole, you have a fucking bunker. Just go live in it without killing your family.

BTW, if any video or pictures comes out of inside the bunker I'd love to see.

This is in my back yard, the dude offed himself inside... What a fag, build fort for 8yrs, kill yourself after spending 4 days in it.

wonder if he wore a funny little mustache
OP

The King County Sheriff's Office released a photo of the bunker where Pete Keller -- suspected of killing his wife and daughter -- is allegedly holed up.
NORTH BEND, Wash. — Peter Keller spent eight years carving his hole in the side of the mountain, camouflaging the rugged underground bunker with ferns and sticks and stocking it with a generator and ammunition boxes sealed in Ziploc bags. Suspected in the deaths of his wife, daughter and pets last weekend, he headed there prepared for the long haul with high-powered rifles, scope and body armor.
Seattle-area tactical officers who slogged for hours over dangerously steep, muddy ground to find him were prepared too. They pumped in tear gas, called for him over bullhorns, and, after 22 hours, set off explosives along the top of the bunker Saturday.
Keller was inside, already dead of a self-inflicted gunshot. A handgun was next to his body.
The 41-year-old hadn't been seen since his wife, Lynnettee, and 18-year-old daughter Kaylene were found shot dead in their home last weekend.
The raid ended a tense week for law enforcement officials who tried to track down Keller, a gun enthusiast described by his family as having a "survivalist mentality." That Keller was likely armed and on the loose in an extremely popular hiking and mountain-biking area east of Seattle kept many people on edge. 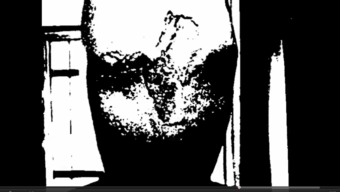 Fucking your girlfriend, so you don't have to.

Keller seems to be a massive pussy. I mean, kudos on the bunker but killing your wife and daughter and then yourself is not only the sign of being a massive coward but it's also incredibly passe.
OP

it isnt much of what i thought and wanted,but here ya go aryan
http://www.google.com/search?q=peter keller bunker&hl=en&prmd=imvnsuo&source=lnms&tbm=isch&ei=QUidT-y4FOHa0QGqtKn5Dg&sa=X&oi=mode_link&ct=mode&cd=2&ved=0CBIQ_AUoAQ&biw=1024&bih=600

never, his kids know how to shoot back
You must log in or register to reply here.
Share:
Email Link
Top