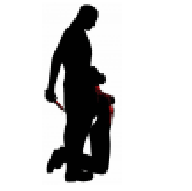 
High on a hill above the rocky waters of the Atlantic Ocean looms a giant rusted radar tower. It's a ghost relic of the past that local fishermen use as a marker to help guide their ships safely to shore. The old military tower is also a landmark for what once was an active Camp Hero Air Force Base.


The base has a recorded history that dates back to the revolutionary war. During world World War II Camp Hero was used as a defense station and was equipped with giant mark seven cannons that were loaded and ready in the event of a Nazi attack. There are those who say that in the 1970’s the base was used for a much different purpose.


Montauk Chronicles is the story of three men who claim they were brainwashed and forced against their will by a clandestine organization to take part in secret experiments. Evil atrocities are said to have occurred deep beneath the surface of the Camp Hero Air Force base.


Alfred Bielek, Stewart Swerdlow, And Preston Nichols all tell tales of experiments that were conducted on nearly one hundred thousand people over the course of about ten years. Kidnappings, murder, torture, time travel, mind control, and extra terrestrial contact are all said to have occurred at Camp Hero.


Montauk Chronicles is the very first and honest (cinematic) examination of the Camp Hero Legends.

It raises many questions of our place in the universe and what the future may hold for humanity.

It's an entertaining journey into the unknown and a study of fear, lies, paranoia and the truth.
Click to expand...

Looks interesting sweetie
You must log in or register to reply here.