Chilean officials have told a group of trapped miners that they could be stuck in their collapsed mine for months before being rescued.

'We were able to tell them... they would not be rescued before the Fiestas Patrias (Chile's Independence Day celebrations on 18 September), and that we hoped to get them out before Christmas,' Health Minister Jaime Manalich said.

He said the 33 men, trapped 700m below ground, took the information calmly, but he warned 'a period of depression, anguish and severe malaise' could ensue.

Officials had been hiding the bleak information from the miners since they were discovered alive on Sunday in a shelter in the San Jose gold and copper mine more than two weeks after an 5 August collapse.

They feared the psychological impact it would have when the men contemplated the long ordeal ahead of them in a hot, dank shelter with their only lifeline a tiny hole to the surface providing sustenance, water and communication.

The news was delivered as the government prepared a special program to help the miners cope mentally and physically with their prolonged captivity.

A priority of the plan was to get all the miners thin enough to squeeze through a narrow shaft about to be dug for their escape.

The tunnel, which could take four months to excavate, would measure just 66cm in diameter when it was complete - roughly the size of a mountain bicycle wheel.

Officials said they were careful in the way they presented the situation to the men, especially after they made a desperate plea late on Tuesday for early rescue.

'We are waiting for all of Chile to do everything to get us out of this hell,' group leader Luis Urzua told Chilean President Sebastian Pinera late through an intercom cable dropped to them.

'Mr President,' he said, 'we need you to be strong and to rescue us as soon as possible. Don't abandon us.'

The president later told reporters he was determined the men 'will be with us for Christmas and New Year.'

Family members holding a vigil on the surface used an 8cm wide drill hole to the men to send written notes to buoy the men's spirits.

The men, though famished, were in good physical condition, having survived on meagre rations and water trickling into their refuge before being found.

They had been sent chocolate and raspberry-flavoured milkshakes, which would be followed by solid food in around four days, when their metabolisms could cope.

US space agency NASA has said it was willing to help sustain the men, based on its long experience with keeping astronauts healthy during long, isolated missions.

Examinations of their urine, blood pressure and body temperatures would soon be carried out, and they had been told to split their living area - which included a tunnel around 1.5km long - into three zones: one for sleeping, one for working, and one for bodily waste. Tiny lamps would illuminate the space. 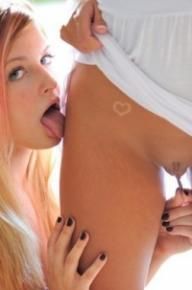 This is terrible. Blaine go save those poor bastards. Imagine the poop stink
down there after a month or so. How do they get water and food? I bet some of have butt sex. Cause there ain't much else to do. Unless they
have a deck of playing cards or Monopoly game.
You must log in or register to reply here.

And the long slide into hell continues. : Newsom signs law allowing transgender inmates to be placed in prison by their gender identity