This spring, over the course of two days and two different cities (New York and Las Vegas), I spent approximately eight hours hanging out with Mike Tyson. The final product is a feature in Sports Illustrated's annual "Where Are They Now?" issue, on newsstands this week. Here, below, is a portion of our conversation.
SI: I imagine you have a few stories from your days as a junkie.
Mike Tyson: Listen: I was in St. Tropez, in the South of France. In Ibiza, Spain. I was in Monte Carlo. I was in the Ukraine, Russia, all those places, for three months. From Russia I went to Lisbon, Portgual, from Portugal I went to Amsterdam. In Amsterdam I met this drug dealer, right? And he sees that I like getting high, and he wants to be my buddy, right? This guy goes and gets me a big rock of cocaine. So pretty soon I got a party going on. I got everything: I got these rugby players. I got these naked girls, I got all these ... everything's going on in the room. Plus I also had this girl with me that I picked up in Romania. But then [the dealer he met in Amsterdam] saw how much of a mess I was. He came in and kicked everybody out of my room! All the nude people, all the people having sex. He said, "I feel so bad I ever gave him that stuff."
SI: How about in Las Vegas? What would your typical day in Vegas be like?
Tyson: This is how the day would start: I would go to a club, at say, 2 o'clock [a.m.]. Hang out there for what, two hours, and then I'd go to the after-hours [clubs], that start at 6 o'clock [a.m.]. So I'd stay there from 6 in the morning to 7:30 at night. I'd be sitting down and drinking and doing cocaine, talking to girls ... doing anything. Everything. Then I make it home and I'm tripping out at home. I'm calling people, I'm tired, but I've got people coming in and we're making plans to go out a few hours later. We're getting high, staying up, [doing] cocaine. Somebody would be calling me: "Come hang out with me." So we would go out and get high, till 11 o'clock [p.m.] or something, then go somewhere, to a bar or somewhere. We might go to a club, then get high all day long.
SI: You got involved with prostitutes.
Tyson: Listen, I was living a crazy life. A [prostitute] would go, "There's that guy who hit me the other day, who took money from me the other day, who intimidated me." And [that guy] had to give some money up. [I'd say,] "This is my girl, man. She works for me now. This is my girl now." That's how it was. I wanted to show loyalty to these people. I was so stupid. I'd say, "If you have a problem, just let me know." And all these guys would say, "What's Mike Tyson going to do [to me]?" It was always like that until I got in their f-----' ass. I'm a nice man, but back then, I wasn't. I'm not proud of it.
SI: So your home looks pretty different now, it's safe to say...
Tyson: I'm very fortunate that I have my wife and my children. I don't know how it happened, but, man, I'm living such a different life. Listen: If I allowed my will to run riot, this house would be full, you'd hear people screaming from sex upstairs. If I allowed my mind to run riot, that's what this place would be like.
SI: How many times did you end up going to rehab?
Tyson: I was addicted to rehab. I was like the poster boy, because I would go to like five meetings a day. You were only required to go to one. I would go to five, because I'm an addictive freak. I love hanging out, the camaraderie. It's just awesome! But you know what people want, too? [Tyson leans in closer, his voice suddenly quieter.] This is what I realized, bro: It gives people family. A way of starting over. [In rehab] we start a new life with new family members. And all they gotta do to stay in this family is not get high, and you gotta try really hard. And then if you do get high? "We got your back." That's what I like.
SI: What do you see when you look back at your infamous press conferences?
Tyson: I always wanted to be that guy who said, "F--- you." When I see people doing that, trying to imitate me, these tough guys trying to emulate me, I'm sitting there thinking, like, This guy's an idiot, so I know I'm an idiot. Floyd Mayweather doesn't stand a chance as far as that idiocy. He's not even in my league as an a--hole. He's a good kid. Everyone's hard on him, but this is a great kid. He's just a kid having fun, living in a fantasy world.


SI: When did your wife, Kiki, really get to know you?
Tyson: She really got to know who I am, the real core, maybe two years ago, three years ago. She got to know the barometer of an individual. She never gave up on me; I gave up on me. But she would never give up. I have a great deal of respect for her as a human being for that. Me and her, we're too far gone as just human beings to try and butter each other up.
SI: What was it like to lose over 100 pounds of weight?
Tyson: I don't want to be grotesque, but when you're 330 pounds, it's hard to wipe your a--. You know? I didn't like living like that. I felt like an animal. I'm more active than I have been in years.
SI: You're a big fan of ancient history, I've heard.
Tyson: I like classical biographies. Hannibal was an awesome person. Clovis was pretty awesome, the Franks and stuff. The Khans: Genghis and his grandsons. Listen, this is pretty interesting, with this Clovis guy. Clovis was king at 15. He gets to be king at 15 with some of his father's ragtag army. Still, he would conquer people and take all their lands. He was still an evil guy. His bloodline became kings of different countries. 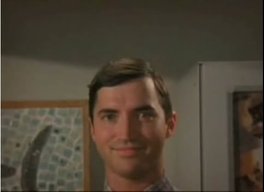 Its nice to hear that he has finally settled down and is out of the circle he was in, although think its obvious that he is heavily medicated. I guess thats what he needs to live a normal life

Hes a fascinating person, whether you love or hate the guy no one can deny that he is fascinating

You should check out the docu, "Tyson", even if you're not a boxing fan its excellent. Probably my fav docu of the past few years 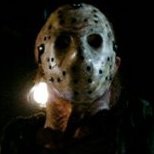 bobbytomorow;16165 said:
Its nice to hear that he has finally settled down and is out of the circle he was in, although think its obvious that he is heavily medicated. I guess thats what he needs to live a normal life

Hes a fascinating person, whether you love or hate the guy no one can deny that he is fascinating

You should check out the docu, "Tyson", even if you're not a boxing fan its excellent. Probably my fav docu of the past few years
Click to expand...

Wel said BT he was fucking great in the ring but got brought down by life out of it and DONFUCKINGKING. Which is such a shame cause no-one had macthed what he did then and probably never will. I seen the Doco you talk about and it was hard to wach how far a true boxing great had fallen.

I walked into a resteraunt in a small provincial Italian town (viterbo) a couple of months ago with my wife....and who was sat down there with his wife....yep iron mike.
I wasnt expecting that.....fuck knows what he was doing there.
OP

Not the thing you expect to see on a rainy evening in Viterbo.....and the manager doesnt usually let niggers into the place.
You must log in or register to reply here.
Share:
Email Link
Top