With his bug eyes, wildly crooked teeth and sparsely-whiskered chin, scrawny Ug sat for months, unclaimed and overlooked at an animal sanctuary.
But now, after being dubbed Britain’s ugliest dog, the two-year-old’s less-than-enticing looks have landed him a loving home.

Beauty is in the eye of the beholder: Ug, now renamed Doug,has a new home in Doncaste
After seeing his profile picture on the the Mayflower animal sanctuary's website, café worker April Parker, 35, immediately fell in love with the partially-blind Pointer cross.

The mother-of-two took her daughters Skye, 15, and Jasmine, 13, along to see him and, proving that looks aren’t everything, the family scooped him up and took him home.

Now Ug, re-named Doug by the Parkers, has a loving home in Doncaster, South Yorkshire.

From Ug to Doug: April Parker fell in love with Pointer cross Ug, who got his nickname at an animal sanctuary because of his ugly looks. The café worker has now rechristened him Doug

Title holder: Miss Ellie competes in the World's Ugliest Dog Contest in Petaluma, California, in 2009. She died in June
He cost Ms Parker £200, but has proved to be worth every penny.
She said: 'When people see him they do a double take. He looks comical with his bug eyes and cross teeth and he's always bumping into things.
'But he has a fantastic temperament and is really loving.'
An international race to find the world's ugliest dog was unofficially launched in June after the World's Ugliest Pedigree Dog title holder passed away.
Miss Ellie, a Chinese Crested Hairless who won the pedigree prize and was a celebrity among lovers of ugly dogs, sadly died at the age of 17.
The California competition is fiercely fought between the gruesome pups, with the winners of the 'pedigree' category facing off against mutts to claim the coveted title.
The opposite of Crufts, entrants to Animal Planet’s World’s Ugliest Dog competition are judged on their hair, or rather lack of, toothlessness, protruding tongue and overall visual offensiveness.

It now remains to be seen whether Doug can lay claim to Miss Ellie's throne.

sad, but I bet their arses smell just as good to the other dogs

Short Bussed
Being a dog hater, the owners did find their equal though...

you sure these dogs arent from cherynobl? 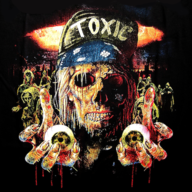 reminds me of the faceless cat

what happened to that poor cat?

Zombie said:
what happened to that poor cat?
Click to expand...

Chase (aka the Faceless Cat) got hit by a car and survived. More pictures are here: http://chasenoface.blogspot.com/

Decent60 said:
Chase (aka the Faceless Cat) got hit by a car and survived. More pictures are here: http://chasenoface.blogspot.com/
Click to expand...

ohh i really thought it was a birth defect thx dude