June 11, 1964: Cologne school massacre. Armed with an insecticide sprayer converted into a flamethrower, a lance and a homebuilt mace, 42-year-old Walter Seifert entered the Katholische Volksschule and opened fire on the girls playing in the courtyard. He then knocked in classroom windows with his mace and fired inside. Eight children and two teachers died, twenty children and two teachers survived with very severe burns. After taking a cyanide pill, Seifert died the following day, in custody.

The Cologne school massacre occurred in a Catholic elementary school located at Volkhovener Weg 209 in the suburb of Volkhoven in Cologne, Germany on June 11, 1964. Walter Seifert, born on June 11, 1922, killed eight students and two teachers.

Seifert reportedly fell apart when his wife died in childbirth in 1961; his tuberculosis worsened and he was diagnosed with schizophrenia. He felt he was being treated unfairly by the government which he claimed was cheating him out of his war pension for his service in the Wehrmacht during World War II.

On June 11, the day of his 42nd birthday, Seifert took a self-made flamethrower and lance and entered the schoolyard. After blocking off the main gate with a wooden wedge, he proceeded to kill eight students and two teachers and injure twenty two others, mostly students. He smashed in the windows of the buildings and pointed his flamethrower in the classrooms, setting the classroom on fire, effectively killing ten people. He was then confronted by a teacher, Ursula Kuhr, 24, whom he stabbed with the lance.

Reportedly throughout the attack, survivors claim that Seifert repeatedly chanted "I am Adolf Hitler the Second!"(unproofed)

After he left the schoolyard, he swallowed a poisonous insecticide E605 in hopes of committing suicide before police could catch him. He was soon apprehended by police, but died in hospital the next day from the poison.


Walter Seifert (June 11, 1922 – June 12, 1964) was the perpetrator of the Cologne School Massacre, which left ten people dead, not including Seifert's suicide.

Seifert reportedly fell apart when his wife died in childbirth several years before; his tuberculosis worsened and he was diagnosed with schizophrenia. He felt he was being treated unfairly by the government which he claimed was cheating him out of his war pension for his service during World War II.
Weapons

On June 11, Seifert took the flame-thrower and lance and entered the schoolyard. After blocking off the main gate with a wooden wedge, he proceeded to kill eight students and two teachers and injure twenty one others, mostly students. He smashed in the windows of the buildings and pointed his flamethrower in the classrooms, setting the classroom, and many of the people inside it, on fire. He was then confronted by a teacher, Gertrud Bollenrath, whom he stabbed with the lance.
Death

On June 12th Seifert died from poisoning himself the day before, shortly before he was apprehended by police, thus committing suicide.
Victims

Both teachers who died each had a school named after them.

Anna Langohr, one of the surviving teachers, was presented with the Medal Cross from Pope Paul VI as well as other decorations from the city.

Walter Seifert's wife died in childbirth a few years ago and because he had tuberculosis, he had been out of work for years. Walter wrote several letters about his unfair treatment by medical officers to the head of the health department, the director of the upper city and the head of the provincial government trying in vain to make a war pension valid. All of these failed. Several medical officers certified Walter with schizophrenia symptoms, but they did not think he was violent.

Today, just after 9 a.m., he proved them wrong. Walter converted a garden sprayer into a flamethrower and filled it with an easily inflammable mixture that could deliver a six-meter flame. He took his new flamethrower, a lance that was 1.5 meters long and a homemade iron centrifuge to the Catholic elementary school at Cologne Volkhoven.

The school consisted of three wood pavilions, containing six classrooms, near the main administration building. He entered the school yard and blocked a small school gate with a wooden wedge. In the schoolyard, teacher Anna Langohr was teaching a group of girls about sports.

Walter went to the first pavilion, which held four classrooms, threw some disks in with the centrifuge, put the flamethrower into an opened window and pulled the trigger. The wooden classrooms and the clothes of the children immediately caught on fire and panic ensued.

Gertrud Bollenrath, a teacher, began to smoother the flames from the children's clothes before going out into the yard and putting herself in harm's way. Walter stabbed her with the lance. By now, the student's were running all over the schoolyard and Walter let loose another deadly flame.

Anna, 67, tried to stay between the students and Walter, but the flames over took her and she collapsed to the ground. Walter then began to approach another wooden pavilion. The teacher's inside, Mrs. Ursula Kouhr and a teacher identified only as Kunz, saw him coming and tried to shut the wing doors, but Walter tore one of them off it's hinges. Ursula, 24, lost her balance and fell down. Walter stabbed the fallen teacher several times while she was on the floor, killing her.

By now, the neighbors were responding to the fire and commotion in the school yard so Walter fled the scene into a field. He didn't get to far as the police apprehended him in the field. He didn't get much further than that either as, during the chase, he swallowed a cap of plant poison E605. By the time the sunset on this horrific day, Walter had died in Lindenburg.

Meanwhile, men who drove the garbage trucks were able to break down the gate Walter had wedged closed and extinguished the fire with blankets and clothes. They stopped cars in the street and had them transport the wounded students to area hospitals.

The students had burns over 90% of their bodies. Eight students died from their injuries. Gertrud, 62, died just after 1:00 at Holy Spirit Hospital. Anna was in critical status for week and wasn't until October that she was able to leave the hospital . The 28 students who were wounded underwent months of long and painful treatment, which could not heal the scars completely, both physical and psychological.

The Volkhoven council decided a few days later to tear down the school, to remove the reminder of this gruesome event. In 1965, the Catholic elementary school in Cologne Heimersdorf was named for Ursula Kuhr.

In 1986, the Sonderschule (special school) at Fuehlinger Weg was named for Gertrud Bollenrath. For her acts of bravery and heroism, Anna Langohr received the Medal Cross from Pope Paul VI, the Service Medal and the Service Award of the FRG from Mayor John van Nes Ziegler and the Rescue Medal of North Rhine-Westphalia. Anna died on January 27, 1990 at the age of 93.

The murder weapon: a self-made flamethrower. 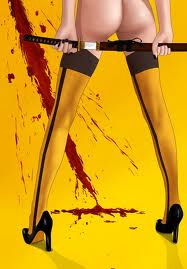 Walter Seifert is the painter that is now accused of being "Jack the Ripper". If there are two killers with the same name, then that's pretty odd. Additionally, this is the only flame-thrower killing that I have ever read about, and I have a shitload of murder and forensic books. The crime-scene picture is very intriguing. The flame siloetting on the wall isn't surprising but the blood spray kind of is. Thanks for the post.
You must log in or register to reply here.
Share:
Email Link
Top